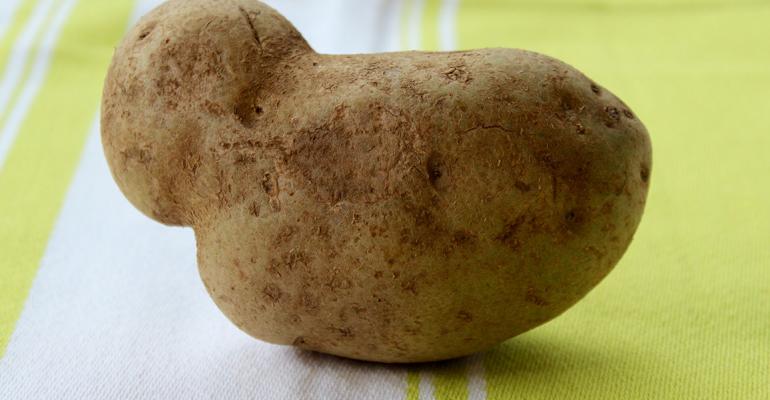 The collective need to reduce food waste has retailers like Giant Eagle and Loblaw Cos. rethinking what happens to produce that historically wasn’t pretty enough to sell.

Giant Eagle has launched a program called “Produce with Personality” to sell fruit and vegetable items with cosmetic imperfections at a reduced price.

Did you know as much as six billion pounds of produce is thrown away each year? We’re proud to help reduce waste with our Produce with Personality program!

The program is being piloted at five stores, which feature special displays in the produce department. Initial produce items in the program include navel oranges, russet potatoes and apples.

“We are thrilled that our customers may view purchasing Produce with Personality as a means to be more environmentally friendly, all while saving even more money in our stores,” Giant Eagle spokesperson Dan Donovan said in a press release. “We’re pleased to be the first major Pittsburgh food retailer to sell wonderfully weird produce with our five-store pilot program.”

Loblaw — which launched a private label ugly produce initiative called no name Naturally Imperfect at select banners and locations a year ago — this week announced the expansion of the program to include more items at more store locations.

Peppers, onions, pears, carrots and mushrooms are now part of the product line-up, which is available at no frills, Real Canadian Superstore, Zehrs, Your Independent Grocer and Loblaws stores across Ontario.

The program has also been expanded to select stores in Manitoba, Saskatchewan, Alberta and British Columbia.

“When it comes to produce, Canadians know that beauty is more than skin deep,” Ian Gordon, SVP, Loblaw Brands, said in a press release. “Our customers recognize that they get the same flavor and nutritional benefits in spite of appearances. The positive response to our initial offering of apples and potatoes demonstrated the opportunity to expand the no name Naturally Imperfect line and offer more selection at a great price to Canadian families.”

Naturally Imperfect products cost up to 30% less than conventional products.