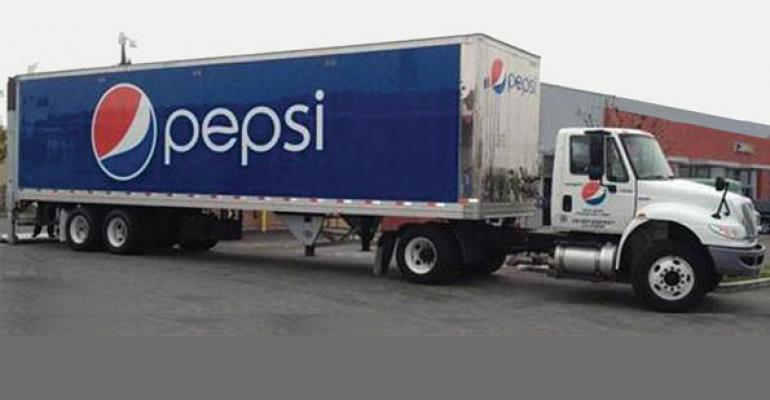 PepsiCo announced last week that its environmental sustainability programs saved the company more than $375 million since its goals were established in 2010.

The Purchase, N.Y.-based manufacturer said the savings were achieved through the continued progress of the company's water, energy, packaging and waste-reduction initiatives — part of the company's commitment to Performance with Purpose, which is PepsiCo's vision to deliver financial performance over the long term by integrating sustainability into its business strategy.

Highlights of the company's sustainability progress:

•  PepsiCo reduced its water use per unit of production by 23%since 2006, already exceeding its public target of a 20% reduction by the end of the 2015. This delivered cost savings of approximately $17 million in 2014. In addition, the company's absolute water use decreased by approximately 1 billion liters in 2014.

• In 2014, the company held absolute greenhouse gas (GHG) emissions for legacy operations flat against a 2008 baseline despite significant production volume growth in its business. By driving best practices through its Resource Conservation program and investments in greener fleet initiatives — such as alternative fuels and electric-vehicle delivery trucks — PepsiCo said it has improved the energy efficiency of legacy operations by nearly 16% compared with its 2006 baseline.

• In 2014, PepsiCo diverted 93% of its waste from reaching landfills, surpassing its goal of recycling and reusing 90% of its waste. The company decreased the overall amount of packaging by 89 million pounds in 2014 versus the prior year, and used 134 million pounds of food-grade recycled polyethylene terephthalate (rPET) packages and bottles, an increase of 23% from 2013.

• PepsiCo deployed its Sustainable Farming Initiative (SFI) to growers across 11 countries in 2014 and increased acres covered by more than 20% over the prior year.