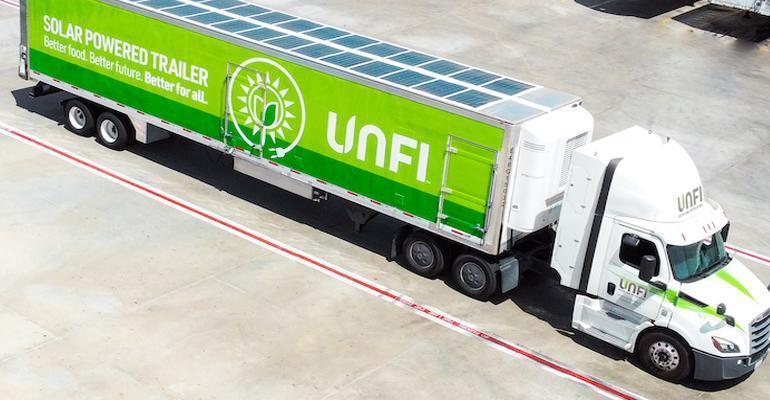 UNFI
Among its targets, United Natural Foods Inc. aims to cut scope 1 and 3 heavy-freight, well-to-wheel greenhouse gas emissions from transportation by 38% on an intensity basis by 2030.
Issues & Trends>Sustainability

SBTi approval among the first for North American grocery distributors

Providence, R.I.-based UNFI said Wednesday that the SBTi recognition makes the distributor among the first North American grocery wholesalers to adopt these emissions targets. UNFI noted that a linchpin of its “Better For All” 2030 Environmental, Social and Governance (ESG) agenda is to cut greenhouse gas (GHG) emissions and waste, as well as advance other ESG priorities.

Related: UNFI to extend reach of Too Good To Go program

“Climate change continues to pose a serious threat to our planet, and UNFI is committed to taking bold action on environmental issues and investing in opportunities to reduce our emissions,” UNFI CEO Sandy Douglas said in a statement (click here to see video). “Through adoption and pursuit of these science-based targets, UNFI is proud to help lead the North American wholesale and grocery distribution industry, and humbly recognizes the critical importance of coordinated and rapid decarbonization.” 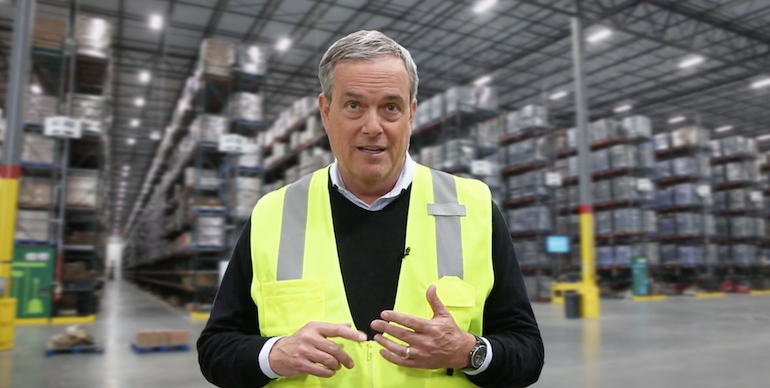 CEO Sandy Douglas said UNFI chose three science-based emissions reduction targets where it believes it can make a difference by 2030.

UNFI noted that its emissions reduction targets approved by the SBTi are consistent with levels required under the Paris Agreement. Based on a fiscal 2020 emissions base year and fiscal 2030 emissions target year, the distributor’s three SBTi-validated targets include the following:

UNFI said its fleet of over 2,000 owned and leased trucks makes 1.37 million deliveries to more than 30,000 customer locations annually. Deliveries are facilitated through UNFI’s 56 distribution centers, which account for about 30 million square feet of warehouse space. Combined, distribution centers, retail, fleet and all refrigerant emissions represent less than 5% of UNFI’s total scope 1, 2 and 3 emissions, the company reported.

UNFI said it buys almost 300,000 products from more than 12,000 suppliers and growers, which account for roughly 90% of total scope 1, 2, and 3 emissions. To promote reductions, the company said it created the Climate Action Hub to provide tools and resources, including opportunities for suppliers and vendors to learn from experts and each other, to innovate and scale climate solutions across the food system. Hub visitors will find resources such as a Climate Action Guide which provides tips on how to advance their own emissions reduction work.

“We are excited to take the next step in our emissions reduction journey by having our targets validated by SBTi, but we know we can’t accomplish these goals alone,” commented Alisha Real, director of sustainability and social impact at UNFI. “We take the need for business accountability in solving this global challenge seriously and look forward to engaging our value chain in these important efforts.”

“UNFI’s commitment to reducing their emissions, including their scope 3 emissions, sets a strong precedent in the food industry,” stated Courtney Pineau, executive director at The Climate Collaborative, an independent organization aimed at mobilizing the natural products industry to reverse climate change. “By working in collaboration throughout their network of suppliers, UNFI is helping to activate and support much needed climate action.”