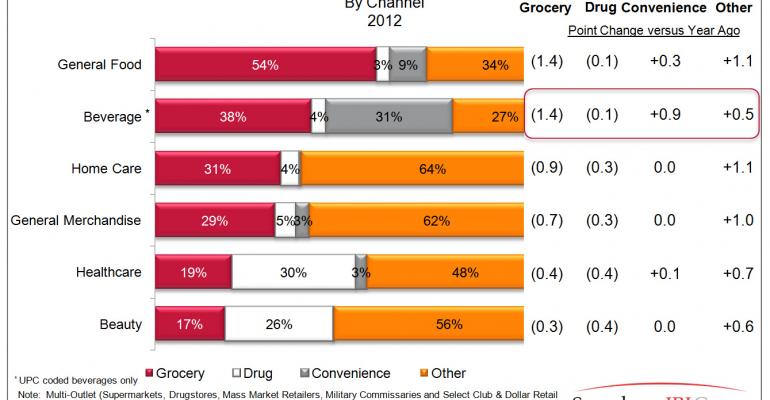 Center Store: Driving Growth From the Inside Out

SymphonyIRI's Times & Trends highlights new developments and critical events across all major CPG categories and channels, providing powerful benchmarking data to help guide your strategic decisions. This edition of Times & Trends explores center store sales and share trends, as well as strategies CPG marketers are leveraging in an effort to drive share and revenues from the inside out.

For a period of time, the center store was a bit of a white elephant within the grocery industry. Competition was heating up, and retailers were working to bring differentiation to their stores. So, perimeter departments—meat, produce, fresh bakery, etc.—received a great deal of time and attention, and the center store was left to fend for itself.  Today, the center store has rebounded in importance and prominence, playing an integral role in serving the needs of consumer packaged goods (CPG) shoppers, and being the catalyst for trip missions, supporting shopper loyalty and driving revenues.

Discussed frequently in Times & Trends, the battle for share of spending across  many center store categories has intensified during the past couple of years as CPG marketers put increased focus on accommodating pervasive consumer rituals to win share of shopper spending and, ultimately, loyalty.

In the end, the winners in the battle for share of spending and loyalty in the center store will be those that provide superior products—products that are tightly targeted against the needs of a retailers’ shopper base. This will not only prevent customers from defecting to another retail banner, but it will also lure them into the center store and encourage them to buy products there versus competing perimeter department solutions.

• Today, center store departments are capturing nearly two-thirds of CPG dollars and 70 percent of unit sales, representing an opportunity worth more than $440 billion. The center store has out-performed industry average growth during the past two years, evidence of the integral role center store is playing in serving CPG shoppers. Competition for share of spending in center store is heating up, so differentiation will be the key to ongoing success.

• Grocery and drug channel retailers win the majority of sales dollars across most center store categories, but share is on the decline. Convenience store operators have gained nearly one share point during the past year, including important wins in general food and beverage departments.