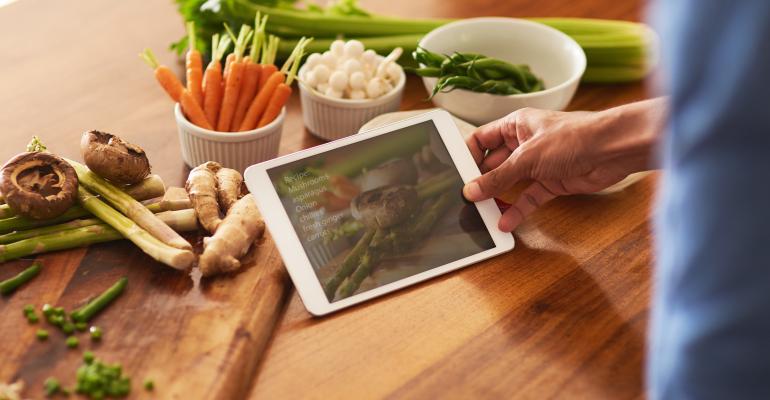 Here's 5 things you may have missed in grocery

The rise of the shoppable recipe: The shoppable recipe has been having its moment. TikTok, the Today brand, The Pioneer Woman, and even retailers like Walmart are all leaning into the feature — an integration created by Instacart. In September, Supermarket News sat down with the team of Pepper, a social cooking app that caters to those who cook at home (aka, all of us.) And now: there’s another app targeting home cooks: Flavrs, currently in beta testing. The company recently received $7 million in VC seed money and works by offering up short, bite-sized “premium” videos from content creators like food bloggers and chefs. Is this mode of shopping a fad or here to stay? Time will tell. —Chloe Riley

The supermarket as a brand: Why stop at word-of-mouth? Sure, supermarket superfans love to talk about their favorite places to shop for groceries, but why not give them a chance to amplify their voices, and make some money doing so? That seems to be the impetus behind the new H-E-B Brand departments rolling out in H-E-B stores, offering H-E-B-branded coffee mugs, T-shirts, sneakers and dozens of other products. H-E-B is not the first grocery to do this — I remember buying Piggly Wiggly beer cozies and T-shirts on my first visit years ago, and some grocers, such as Hawaii’s Foodland, have created iconic reusable shopping bags that help consumers display their fandom. Social media “likes” and “retweets” are all well and good, but dressing an infant in an H-E-Baby onesie? That’s love. —Mark Hamstra

The wealthy turn to Walmart: Wealthier customers also hurting from inflation are switching to Walmart for groceries and contributing to a sales boost for America’s largest retailer, which recently reported annual U.S. sales growth of 8.2% last quarter at stores open for at least a year. It’s the latest indicator that the highest inflation in decades is affecting shoppers’ spending habits, even the wealthier ones, reports CNN. Food prices increased 10.9% in October from a year ago, and other discount supermarkets like Dollar General said they are gaining new, wealthier customers due to food cost increases. —CR

Shoppers seek food prep relief: Cooking can be fun, but it can also wear you down. And new data suggests that more consumers are returning to restaurants as pandemic concerns diminish. Eighty-two percent of American households bought at least one restaurant meal in September with the highest penetration among higher-income households at 91%, reported Information Resources Inc. (IRI), a Chicago-based market research firm. Though the study noted: restaurant engagement has been lower in the Midwest and among older shoppers. Meals-to-go were also up in September (54%). While an estimated 78% of all meal occasions were still prepared at home, that number is still down 10 points from the start of the pandemic. —Richard Mitchell

Grocery stores of yore: It’s not easy running a grocery store. The industry has thin profit margins — only 2.2% net profit in 2017 — and competition from home delivery services and losses from shoplifting are both making the field more competitive and harder to work in. This piece from Mashed salutes grocery stores sadly no longer with us. Do names like Alpha Beta or Hinky Dinky mean anything to you? If they don't, they will now. —CR