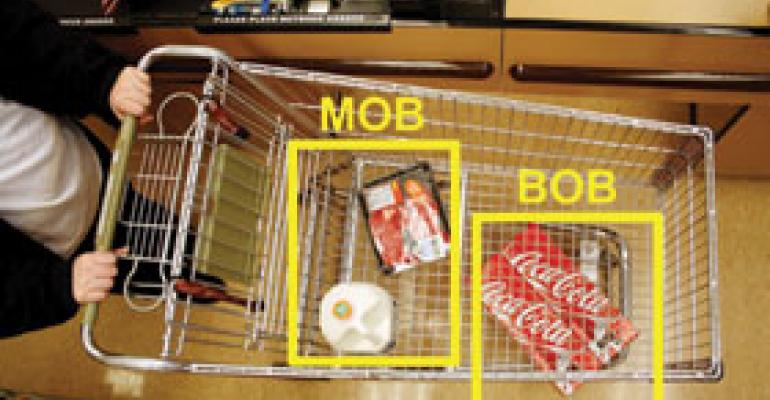 Big Y is completing the deployment of a service in 35 of its 56 stores this month that analyzes video feeds from overhead cameras to determine whether cashiers are deliberately not scanning products or in the parlance of loss prevention executives. Big Y plans to use the service, from StopLift Vision Systems, Bedford, Mass., at its remaining stores within six months as those

SPRINGFIELD, Mass. — Big Y here is completing the deployment of a service in 35 of its 56 stores this month that analyzes video feeds from overhead cameras to determine whether cashiers are deliberately not scanning products — or “sweethearting,” in the parlance of loss prevention executives.

Big Y plans to use the service, from StopLift Vision Systems, Bedford, Mass., at its remaining stores within six months as those outlets are equipped with additional CCTV (closed circuit television) equipment, according to Mark Gaudette, director of loss prevention for Big Y.

While Big Y executives observed the StopLift system's ability to flag cashiers engaged in deliberate sweethearting during the pilot period, they were even more impressed with its potential as a training tool for new cashiers and those prone to inadvertent scanning errors, Gaudette said. “We saw tons of unintentional mis-scans that added up to some pretty serious dollars.” He said that at least 30% of cashiers are involved in sweethearting or faulty scanning.

Since then Big Y has incorporated video examples from the system into the computer-based training program used to orient newly hired cashiers; besides providing training, the video serves as a deterrent. The video is also used in “counseling sessions” to retrain errant cashiers. “They think they're doing a good job, but then we show them the video of themselves and their jaws drop,” said Gaudette.

StopLift has recently enhanced its system so that it can flag items left in the middle or at the bottom of a cart. Big Y has been testing that capability for the past two months and is including it in the rollout. “So much stuff is left in the carriage and not scanned, whether intentional or not,” noted Gaudette. “It took us by surprise.”

The LaneHawk system uses a video camera placed near the floor of the checkout lane to monitor whether products are being carried at the bottom of the cart. It employs visual pattern recognition technology to identify the product and bring it to the attention of the cashier.

Last month, Evolution Robotics Retail introduced LaneHawk InCart, which uses similar technology in overhead cameras to prevent sweethearting and bar-code switching. The system inspects the top of the basket and the register area, recognizing missed items and notifying the cashier.

Intelligent video surveillance systems eliminate the need for loss prevention personnel to spend hours looking at video to “find a needle in a haystack,” noted Joseph LaRocca, vice president of loss prevention for the National Retail Federation, Washington. “It zeroes in on specific issues.”

StopLift receives overnight digital video feeds from Big Y's CCTV cameras and analyzes how cashiers interact with merchandise, tracking fine motor movements to determine whether they are scanning properly or trying to avoid scanning a product. For example, the system can detect when a cashier passes an item around or over the scanner or faces the bar code away from the scanner, explained Malay Kundu, chief executive officer and founder of StopLift.

“There has never been a technology that could identify sweethearting, but this does that,” said Gaudette. Without a technology-based solution, retailers have relied on other employees or shoppers to point out cashiers engaged in sweethearting, he said. Though he doesn't yet have data on the system's impact on sweethearting, in one pilot store, after it identified a few suspects, the activity stopped.

StopLift transmits its analysis of Big Y's front-end video the next day to the chain's headquarters, where loss prevention executives can view video of unusual cashier activity and alert the appropriate stores.

Gaudette declined to cite the subscription fee Big Y is paying for the StopLift service, but he said the chain expects to recoup two and a half times its investment in the first year of operation.

The biggest challenge Gaudette expects in deploying the system will be to manage all the data it generates. “There will be so many cases, so many folks to counsel,” he said. Big Y has assigned a loss prevention executive to primarily handle the StopLift system.