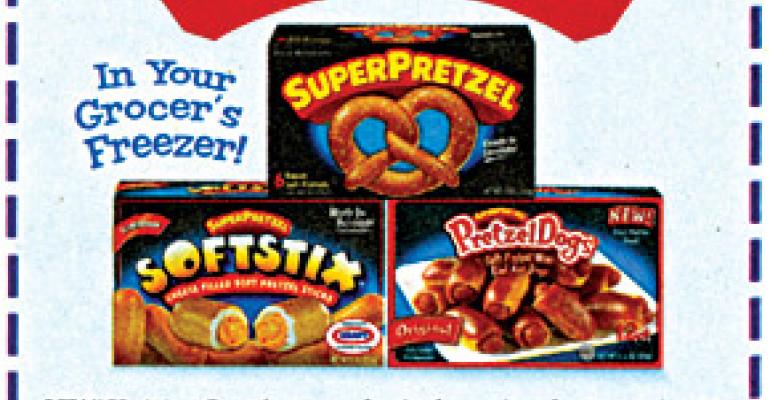 After two years of delays, manufacturer coupons bearing the GS1 DataBar as the only bar code are set to enter the marketplace in substantial numbers, with the expectation that most retailers will be able to scan and process them at the checkout.

The appearance of DataBar-only coupons in large numbers will signal the impending conclusion of an interim mode that began in 2008, during which time coupons have contained both the DataBar and the UPC-A bar code, the original coupon bar code introduced in the mid-1980s. The DataBar contains far more data than the UPC-A code (from 24 to 74 digits, compared with 12), allowing manufacturers to provide more complex coupon offers, while enabling retailers to automatically validate expiration dates and other promotion information.

The Joint Industry Coupon Committee (JICC), the multi-association industry group that sets coupon policies, originally established January 2010 as the voluntary launch date of DataBar-only coupons without the UPC-A. But that date was delayed a year due to the lack of readiness on the part of retailers to scan the DataBar, with June 30, 2011, as the point at which the transition to DataBar-only coupons would be completed.

However, as it became clear that some major retailers were still not ready, many manufacturers decided to postpone issuing DataBar-only coupons until the end of 2011 or the first quarter of 2012. “The JICC’s expectation is that there will be a significant shift in the beginning of the year to DataBar-only coupons,” said Alan Williams, co-chair of the JICC and vice president of application development for Ahold USA, Landover, Md.

Williams could not speculate on the percentage of CPG firms that would take the DataBar-only plunge in early 2012 — manufacturers on the JICC have declined to divulge their plans — but he expects one or two major companies to lead the way, with the rest following suit. “It should be a fairly steep adoption curve.”

To date, though, fewer than 10% have issued DataBar-only coupons, Williams said. “There are still some manufacturers doing due diligence with retailers to ascertain their degree of readiness.”
The Association of Coupon Professional (ACP), a trade group based in Drexel Hill, Pa., began tracking DataBar-only coupons in newspaper inserts in a few markets last month and observed a growth trend, said John Morgan, executive director. “The first week the GS1 DataBar-only coupon percentage was in the teens, but the next week more than 20% of the CPG coupons contained the GS1 DataBar only,” he said. “I anticipate most of the major manufacturers to transition to GS1 DataBar-only in the first quarter of 2012.”

Most Retailers Ready
The DataBar dance also requires cashiers to be able to scan the new coupon bar codes; otherwise, they would have to manually validate and enter coupon values, causing a slowdown in the checkout process. During the past few years, most major retailers have been vetting their checkout systems for DataBar scanning capability and upgrading hardware and software where necessary. Those who can’t scan the new bar codes will not have standing to charge manufacturers a “hard-to-handle” fee or chargeback, noted Williams.

As of last July, 90% of the top food retailers representing about $690 billion in sales volume were ready to scan and process the DataBar, said Williams. Major drug and pet food chains are now said to be ready, though the status of dollar stores, convenience stores and military outlets has not yet been determined, he added.

Based on its analysis of industry surveys, member input and other data, the ACP “has come to understand that the majority of large grocery, drug and mass retailers are ready to scan the GS1 DataBar,” said Morgan.

Supervalu, Minneapolis, whose lack of readiness in 2011 is said to have contributed to the postponement of the DataBar-only rollout, is now prepared to scan the DataBar at its Chicago-area Jewel-Osco stores, said Mike Siemienas, a Supervalu spokesman. The rest of Supervalu’s corporate chains, including Cub, Acme, Farm Fresh and others, will be able to scan the DataBar during the first six months of 2012, he added.

Smaller retail operators are regarded as less prepared for the changeover to DataBar-only coupons. In its last survey of retail readiness, the National Grocers Association found that just 55% of independent grocers were prepared to handle the DataBar at the checkout, with another 10% expected to be ready in the first half of 2012, said Christine Cunnick, a spokeswoman for NGA. However, the NGA board “is fully committed to the industry implementation date as recommended by the JICC,” she said.

The NGA has been in contact with state grocery associations and wholesalers to “remind them about the upcoming implementation and that certain manufacturers and brands have already switched over to the GS1 DataBar-only coupons,” said Cunnick.

Williams noted that cashiers in stores that are DataBar-ready “need to be made aware that the DataBar is legitimate.” Consumers may also need to be informed that DataBar-only coupons are in all likelihood not fraudulent, the NGA said in a letter to state associations.

The DataBar includes two numbers printed on top of the bar code symbol, which stand for the company prefix and offer code; these numbers are designed to be used by a clearinghouse if the bar code can’t be scanned. They are not intended to be used by cashiers, who would need to type in the value of the coupon and hit the manufacturer coupon key if the DataBar can’t be scanned. “That’s the toughest part of this,” said Williams. “If you’re not ready to scan the DataBar, you’re going back to the early 1980s.”

In addition, he noted, cashiers that manually insert a coupon’s value without validating that the correct product was purchased subject the retailer to possible chargebacks from manufacturers.