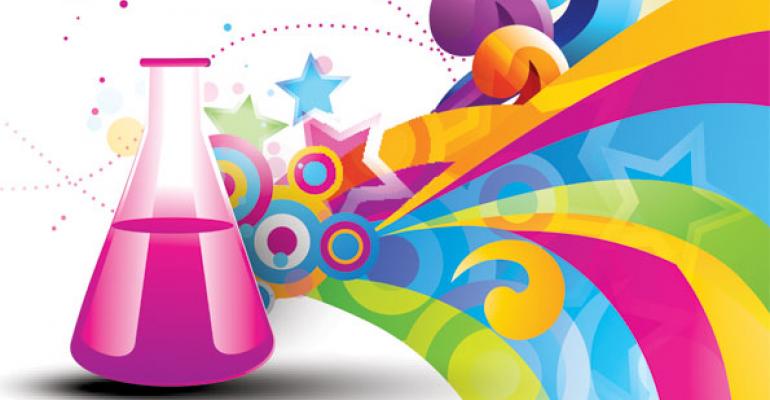 &nbsp; Functional nutrients move up on the ingredient list.

There’s no doubt that the health and wellness movement has helped swing the consumer pendulum back towards simplicity and authenticity. One only has to look at the recent backlashes over “pink slime” and cochineal bug extract to understand the power of the shift as demand for clean ingredient lists, local foods and artisan items moves to the fore.

The changeover fails to reflect practical reality, however. A more reliable picture can be found in any supermarket: Tally the SKUs and a shopper will find that the majority of the American food industry continues to produce ingredient-laden, highly processed products.

Food purists might consider this a horrible truth, but the reason why these products persist is in large part due to vast improvements in the way they are manufactured. A sizeable number of industry experts like to point out that advances in food science are creating smarter eats.

Much of the attention is focused on the ingredient level. Today consumers no longer scratch their heads when they read about calcium-fortified orange juice or melatonin-infused sleep beverages. A review of new products just coming to market includes similar unlikely pairings. From probiotics in coconut water to ALA omega-3 in multigrain pasta, the word that comes to mind in describing such foods isn’t “fake,” but “sophisticated.”

Among the hottest functional ingredients going into foods today are omega-3 fatty acids, probiotics and whole grains. Each one has research supporting their efficacy in improving health. Yet consumers often face a challenge in making sure they get enough of these nutrients. Any number of reasons could be at work here. It could be that the ideal sources are unpalatable to some; they could cause allergic reaction in others; or they could simply be difficult to find in their most effective form.

“A lot of people may be sensitive to milk protein,” said Clemens. “Not drinking milk takes care of the problem, but they’re missing out on some important nutrients like calcium and vitamins A and D, as well as high-quality protein.”

The industry has developed unique ways to isolating the active nutrients and adding them to acceptable products. To succeed however, the nutrients can’t be deactivated during processing, and cannot alter the flavor of the finished product.

“When a food company sets out to find some sort of functional ingredient they have to make sure it’s compatible with their product’s formulation,” observed Mike Bush, vice president of Ganeden Biotech.

The company’s flagship ingredient, Ganeden BC30, is a probiotic strain that is naturally protected in a way that withstands processing conditions such as heat and shear. Ganeden has helped formulate about 50 foods available at retail ranging from Naked Pizza’s frozen crusts to Turtle Island soups to Bigelow “Herb-Plus” teas.

“When it comes to functional foods, we kind of lag behind other countries,” said Bush. “So, we’re trying to make up for it by finding ways of providing the benefit in a consumer-friendly way.”

Indeed, in the United States it’s convenience that’s the key driver behind the growth of functional ingredients. Where other cultures might prefer to get their omega-3 does from salmon, a busy American family opts for products that include the fatty acid.

“The goal is to work with companies that make products that are part of people’s everyday life, rather than having people to have to develop new habits,” said Bush.

“We’ve seen a trend in consumers preferring to gain health benefits from foods or beverages rather than taking supplements,” said Larson at Cargill.

Manufacturers are trying to capitalize on the preference for food and create products that are of interest to the consumer. At the same time, adding a functional ingredient creates a whole new marketing opportunity.

“If you bring out something like an omega-3 pasta, that just might make enough of a difference for consumers to notice and switch over,” said Clair Hicks, a professor of food science at the University of Kentucky. “They’re always looking for the next bell or whistle that will bring consumers back to their product. If you can be the first one out with a new concept and establish your market share, then your chances are pretty good.”

Hicks warned that the benefit that’s promoted on the package must be real, or the product faces almost certain failure. The field is already overcrowded with new products. Of all the products that make it into retail, fewer than 10% are left on the shelf after one year, Hicks said.

“In a truly functional food, the benefit has to be transparent for it to succeed,” he said.

Qualified health claims are a food marketer’s dream. The statements, sanctioned by the Food and Drug Administration, have been approved since 1999 for products that have shown to have a quantifiable health benefit. The claims are often based on functional ingredients like whole grains and omega-3 fatty acids.

Applications are made on a regular basis. Earlier this year, ConAgra Foods petitioned the FDA for a claim regarding the ability of whole grains to reduce the chance of Type 2 diabetes. The maker of the Healthy Choice brand of products submitted research showing a reduction in the number of diabetes diagnoses in study participants who consumed a diet rich in whole grains.

The FDA, which is reviewing the petition, has already issued two qualified health claims for whole grains, both of which focus on heart disease.