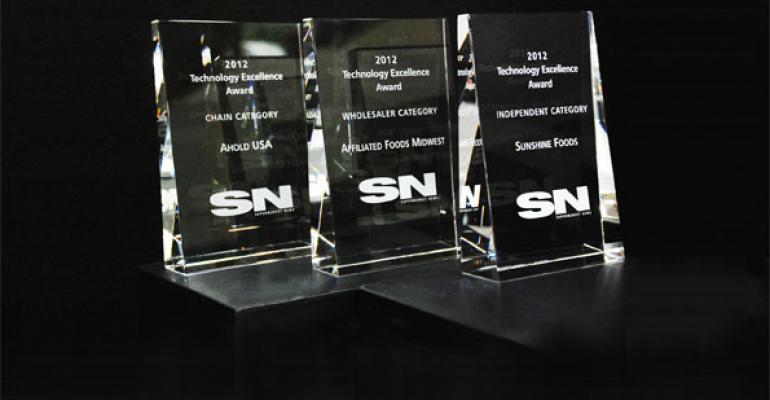 Sunshine Foods and Affiliated Foods Midwest win SN&#39;s 2012 Technology Excellence Award in the Independent and Wholesaler categories &ldquo;AFM truly understands the importance of independents using technology to not only compete against the big boys, but also to connect with our customers &mdash; new and old.&quot; &mdash; Brent Bosch, general manager and co-owner of Sunshine Foods

BRANDON, S.D. — In this slow-paced part of the Midwest, near the intersection of South Dakota, Minnesota and Iowa, most customers still get their grocery ads via the newspaper, TV and radio.

Even so, Brent Bosch, general manager and co-owner of Sunshine Foods, a 12-store family-owned retailer here, felt change in the wind. Over the past few years, he noticed his stores were losing touch with their No. 1 target audience — time-pressed, working moms age 25 to 50, who were less inclined to buy the local paper or weekly shopper.  “We felt we needed to reinvent the wheel internally to reconnect” to those shoppers, as well as the “next-generation shopper,” he said.

While he still disseminates print ads via newspapers and mail, over the past year Bosch has supplemented that with an aggressive digital program, including a revamped website, email blasts and text messages, that enables him to reach “a lot more demographics,” he said.

But Bosch didn’t make those changes alone. A key partner was his cooperative wholesaler, Affiliated Foods Midwest (AFM), Norfolk, Neb., which worked with Bosch and other independent retail owners to dramatically upgrade their online presence yet keep it user-friendly. Bosch provided key feedback on what he thought would work for his stores and by extension the other 849 retailers served by AFM. 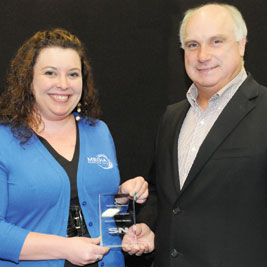 “He’s been a very aggressive player and vocal about what should be the next steps,” said Francie Kinney, marketing manager, Media Solutions Corp., a subsidiary of AFM that manages and markets its web products. Kinney is pictured at left with David Engelhaupt, Affiliated Foods Midwest.

Using its own source code, AFM developed the online platform, called the AFM Connect Web Template Website Program 18 months ago. The program is an example of how independent retailers and their wholesaler can collaborate on technological advances that allow the stores to compete. To date, about 300 AFM retailers, including Sunshine Foods, use Connect Web.

“AFM truly understands the importance of independents using technology to not only compete against the big boys, but also to connect with our customers — new and old,” said Bosch, a second-generation grocer who runs the business with his four siblings and store-manager partners.  “And they understand that the technology has to be practical, affordable, retailer-friendly and efficient for us independent retailers to understand and use it, which allows us to save time and money.”

In recognition of their mutual accomplishments, Sunshine Foods and AFM have been selected to receive SN’s 2012 Technology Excellence Awards in the independent and wholesaler category, respectively.

Sunshine Foods’ website starts out with a landing page providing links to its 12 stores’ individual sites, which can post their own local news and events and receive feedback from customers. Each site offers everything from multiple ad forms (up to five) and a database of 3,000 recipes, to a meal planner, wine pairings and printable manufacturer coupons from the weekly ad flier.

An All About U section offers articles, a glossary and a color-coded guide to produce.  Its health-and-wellness information can be printed and adapted for in-store use. “A lot of stores don’t have dietitians,” said Kinney. “But they can use the health-and-wellness database.”

Sunshine pays $10 per week per store to AFM for website hosting, on top of a $250 per store initial cost, with maintenance billed in five-minute increments.

The printable ad coupons came about last year after Bosch (left) asked AFM to develop that feature to accommodate shoppers without access to the print ad. “I appreciate having a wholesaler that not only listens to me when I bring new ideas to the table for discussion but figures out a way to implement them as well,” he said.

Each Sunshine Foods store sends out emails and text messages once or twice a week to between 500 and 4,000 shoppers; Bosch sometimes sends messages to shoppers at all 12 stores. Email subscribers tend to be baby boomers while text subscribers are usually younger shoppers who “expect to be informed immediately,” he noted. Redemption rates are at least 25% for email promotions and 50% to 60% for text promotions, he said.

Bosch employs texting — an application that he offered to test before AFM made it widely available — as “guerilla marketing” against chain competition. For example, he might use it to promote local products such as sweet corn or melon or a hot deal on T-bone steaks. “We can react quickly — within seconds — to different market conditions,” he said.

On the social media side, he is gearing up to launch a Facebook and Twitter program in the near future.

The digital program has allowed Sunshine Foods to shift marketing resources away from paper ads to less expensive digital vehicles in some markets. “We’re looking for the right mix [of paper and digital marketing] in each community,” Bosch said. “We saw opportunities in some markets where there was a lot of wasted marketing dollars going to standard paper print advertising.”

Last month at its Sioux Falls, S.D., store, Sunshine started printing only 1,000 in-store ad copies each week instead of the standard 10,500 copies, an annual savings of more than $42,000. As a result he is able to afford greater markdowns in his digital offers, which cost “little or nothing to send.”

Sunshine’s sales at its 12 stores are up 4% to 5% over the past year, which Bosch attributes to the web-based marketing program.

Bosch now feels “more empowered, enthusiastic and equipped to go into the marketplace,” he said. “We’re right there, able to compete with the big boys.”

On its operations side, Sunshine Foods, Brandon, S.D., leverages the Access store ordering tablet, a Windows based touchscreen device designed by Affiliated Foods Midwest (AFM) in 2007.

A “computer in the aisle,” the tablet replaced handheld terminals that were “dumb batch units,” said Rob Wolf, retail systems support for AFM. The tablet costs retailers $60 per week.

The Access tablet system now comprises 20 applications; the principal one is the price book, which shows pricing and other information for all 50,000 items available for purchase. The tablet is designed to “talk to you whenever it wants you to look at the screen,” said Wolf. “So if you scan an item and it’s been discontinued, it will give you an audible warning to look for substitutions.”

In addition to the substitutions feature, Brent Bosch, general manager and co-owner of Sunshine Foods, pointed out other advantages he has gained with the tablet:

• Stores are notified of any vendor-supplied allowances while ordering in the aisle. “If an allowance is ending, we can buy extra cases,” he said. This information was available before in hard copy delivered on truck deliveries, but now “it’s instant.”

• Stores are shown item movement data, including product ranking. For underperforming items, a list of substitutions is shown.

• If employees forget to hang a price change tag, they are promptly alerted.