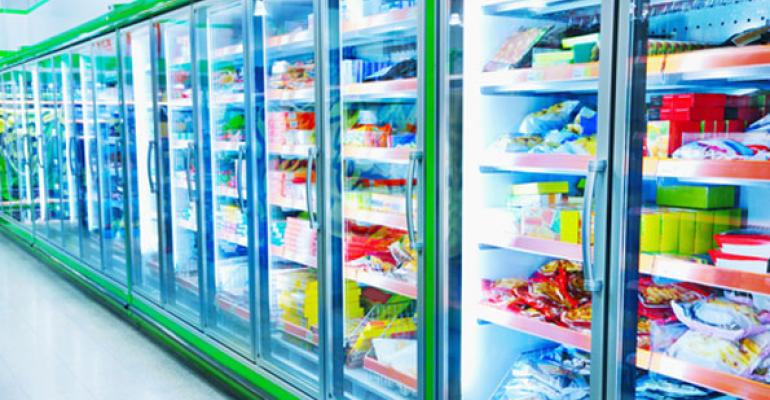 WASHINGTON — About a month after starting up an ammonia-based refrigeration system in an Albertsons store in Carpinteria, Calif. — one of the first such systems in the U.S. — Supervalu is finding that the system is “operating like a champ,” said Richard Heath, senior manager, technology integration for Supervalu, Albertsons, parent.

“For anyone who’s concerned about ammonia, many of the hurdles we were afraid of turned out not to be hurdles at all,” Heath said last week during a panel discussion at ATMOsphere America 2012, a conference on the business case for natural refrigerants held here at the Liaison Capitol Hill Hotel; it was sponsored by Shecco, a Belgium-based B2B marketing firm.

Natural refrigerants, such as ammonia, carbon dioxide (CO2), propane and other gases, have a negligible or zero impact on global warming as well as no effect on the ozone layer. As a result, they are being considered by food retailers worldwide as a replacement for both R-22, the primary refrigerant used by food retailers that is being phased out due to its harmful effect on the ozone layer, and HFC (hydrofluorocarbon) refrigerants, which have a high global warming potential.

In addition to circumventing environmental impacts and potential future regulation of HFCs, natural refrigerant-based systems are also seen as being potentially more energy efficient than conventional systems. But their overall cost compared to convention systems varies; Heath noted that “the majority of the new [systems] are not cheaper.”

The Carpinteria Albertsons store is a remodeled unit that doubled in size to 40,000 square feet. The store had used R-22 refrigerant in a conventional direct expansion (DX) refrigeration system, which was replaced with one that uses ammonia as the primary refrigerant in concert with CO2 for medium-temperature cases, and a combined cascade and DX system for low-temperature cases, said Heath.

Supervalu is a member of the Consumer Goods Forum, the Paris-based group that comprises 400 CPG global manufacturers and retailers, which in 2010 agreed to begin phasing out refrigerants as of 2015 and replace them with non-HFC refrigerants. In making the business case for the ammonia system, Supervalu’s membership in the Consumer Goods Forum “makes the business case for you,” said Heath. Beyond that, he said that deploying an alternative system is initially about “proving you can do it” and then making the economics work as the volume of installations and the competition among vendors grow.

Heath also pointed out the importance of choosing the right community in which to test an environmentally advantageous refrigeration system. The Carpinteria store, for example, is near Santa Barbara, a hotbed of environmentalism.