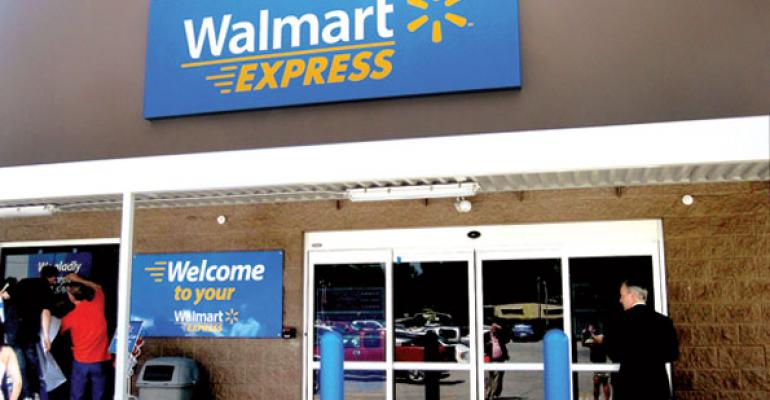 Wal-Mart Stores CEO Doug McMillon pledged the retailer would work toward providing more shopper convenience and internal efficiency in its new fiscal year, with an eye on maintaining sales momentum and building consumer trust in the path of a fast-changing business and consumer landscape.

“We are a company of the future,” McMillon declared in his annual letter to shareholders as part of the company’s annual report released last week.

As previously disclosed, Walmart increased U.S. net sales by 3.2% to $308 billion in fiscal 2017, which ended Jan. 31, with comparable store sales up by 1.4%. Its U.S. division has increased comps for 10 consecutive quarters while many of its competitors in food and general merchandise retail have struggled.

In his message to shareholders, McMillon ascribed this momentum to the company’s investments in people and technology, saying those were working together to build a “seamless” retail model built on convenience and speed and not just price.

“We’re clearly living in a time of transformative change. The world is moving faster and the magnitude of the changes, and their influence on business, seem larger than I can remember. In retail, the things made possible by technology are fundamentally transforming this industry. These changes are creating compelling ways for customers to save time and gain easy access to products and services they didn’t have before. At Walmart, we’re harnessing the power of technology and the investments in our associates to create new ways of serving customers and provide associates with more opportunities to grow their careers.”

McMillon said his priorities for fiscal 2018 would be providing additional convenience for shoppers, enhancing a “performance culture” in stores, cost discipline and building trust.

Investments will be made to support efficiency and productivity, as new store build will slow amid efforts to drive better sales from existing assets. He also said the company was open to divesting businesses where it made sense. “We were founded on an everyday low-cost mentality but we think we have opportunities to work in new ways and find a path to a lower cost base,” he said.

McMillon said these efforts would build further trust in a brand that’s often drawn criticism – acknowledging that consumers are increasingly taking a company’s reputation into consideration when shopping. The company also released its Global Responsibility Report that highlighted progress in addressing its career structuring for employees, commitments to local and women-owned businesses and efforts to reduce environmental impacts, among other things.

“During this time of change, customers are watching the companies they spend their time and money with more closely than ever,” McMillon said. The way we earn their trust is through our associates doing the right thing every day — being creative, curious, ethical, service oriented and embodying our purpose of making lives better for others.”

The annual report detailed that McMillon’s compensation increased to $22.4 million in fiscal 2017 from $19.8 million the year before, but that CFO Brett Biggs brought home less than the year before: $6.4 million vs. $8.6 million in fiscal 2016. Pam Craig and Linda Wolf are retiring from the board. A new independent nominee is Carla Harris, vice chair of wealth management for Morgan Stanley.