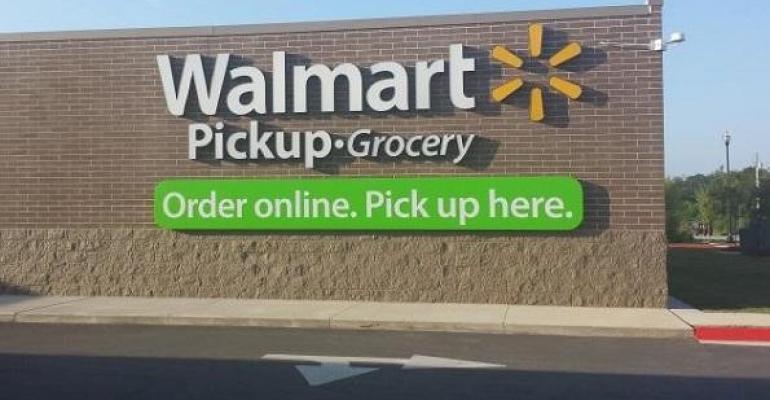 Wal-Mart Stores will cut U.S. capital expenditures and halve its new store growth in the coming fiscal year, while focusing on store remodels and relying on increased comps and e-commerce sales.

The Bentonville, Ark.-based company made the announcement in advance of its annual meeting for the investment community scheduled for Thursday.

Preliminary guidance for 2017, which Walmart calls fiscal 2018, calls for flat earnings-per-share growth amid "continued momentum in its store business." It expects EPS will grow by 5% in fiscal 2019. Walmart's fiscal year ends Jan. 31.

Capital expenditures are expected to decrease company-wide from a projected $11.5 billion in the current year to $11 billion, and in the U.S., from $6.8 billion this year to $6.1 billion. The decrease will accompany a further slowdown in new-store growth, with 55 total stores expected to open next year, down from a projected 130 this year.

The adjustments would appear to signal plans to continue the price investment in U.S. stores that began earlier this year, while acknowledging the pressures of what some analysts consider to be an overstored U.S. market. The 55 new stores next year (35 Supercenters and 20 Neighborhood Markets) would be the fewest the company has added in decades. Walmart closed more than 150 U.S. stores in late January, which would indicate a net reduction in total units for the current calendar year.

Walmart built 230 new stores in 2015. CEO Doug McMillon in a statement said he anticipated that sales growth in the U.S., China, Mexico and Canada would drive results next year, along with a sharpened focus in China, and e-commerce investments including growth of the newly acquired Jet.com business.

“We are encouraged by the progress we’re seeing across our business and we’re moving with speed to position the company to win the future of retail. Our customers want us to run great stores, provide a great e-commerce experience and find ways to save them money and time seamlessly — so that’s what we’re doing,” McMillon said.