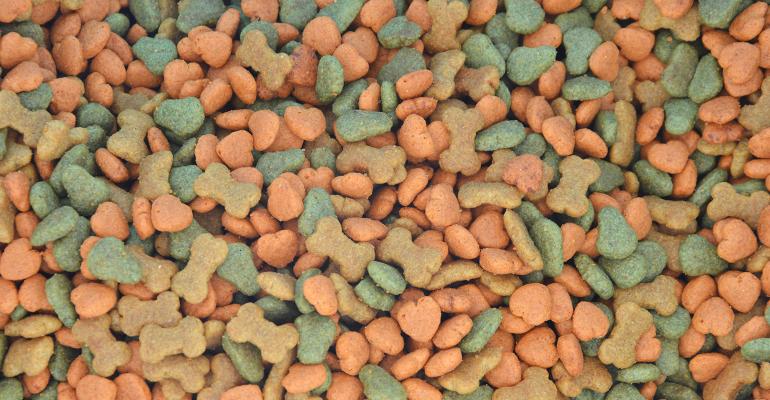 E-commerce is experiencing “seismic” growth, and center store products such as pet food are largely to thank, according to Jordan Rost, vice president of consumer insights at Nielsen.

While hosting the “What’s in Store 2018” seminar on Thursday, Rost explained that as digital shopping becomes more mainstream, shelf-stable items are particularly primed for e-commerce purchasing.

Nielsen found that both dog food and cat food have seen 92.2% and 63.2% e-commerce growth, respectively, over the past year. Just over 18% of all dog food sales come from digital shopping, while nearly 13% of consumers turn to the online marketplace when it’s time to feed their felines.

Rost pointed to the convenience of automated replenishment as an e-commerce driver in this category because pet owners can schedule deliveries in advance for when supplies are projected to be running low.

Also, pet food is often purchased in large, unwieldy packages that can be a hassle for shoppers to transport after purchasing in a physical store. Having them delivered to their doorstep adds to the draw.

Pet food and supplies are leading shelf-stable’s charge toward the virtual shopping cart, but they are not alone. Fifty-nine percent of shoppers have bought health related products online at some point in their lives and 44% have done so over the last three months.

Hand and body lotion and facial cleansers and moisturizers have seen 3.2% and 6.8% growth, respectively, in digital over the past year.

Twenty-two percent of consumers shopped online for general grocery products as a whole within the previous three months and 32% have done so in the past.

Rost warned that while perimeter items are not seeing the same amount of demand in e-commerce, with only 8% of shoppers turning to digital for fresh products over the last three months, that may not be the case forever.

“I don’t think there’s any limit to the reach of e-commerce,” he said.

Digital’s bright future is due in part to the struggles currently facing its brick-and-mortar counterpart, including the oversaturation of stores. Nielsen found that over a five-year stretch, the number of physical retail locations has outpaced population growth in American suburbs and low-income communities.

Thus, the growth has also outmatched the percentage of sales growth per store, forcing retailers to offer enhanced services such as pet grooming and educational demonstrations in order to attract both digital shoppers and those that are loyal to the large pool of nearby competitors.

Sprouts CEO Amin Maredia made similar observations earlier this week while speaking at Barclays Eat, Sleep, Play Conference. “If you’re a conventional, who has stores every two miles, three miles, you’re basically cannibalizing your own sales,” he said, while laying out the Phoenix-based brand’s strategy for avoiding this pitfall.

Maredia said that the company is focused on maximizing the reach of a smaller number of stores by ensuring that their digital presence allows them to serve customers outside of their locality through delivery.