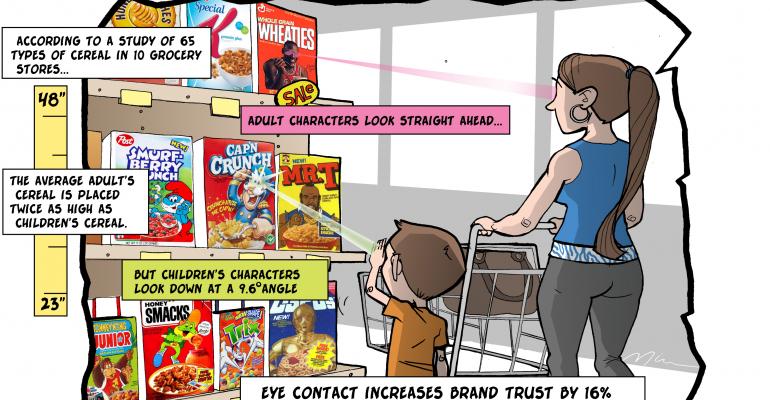 The research, by Cornell University Food and Brand Lab researchers Aner Tal and Brian Wansink, in collaboration with Yale University's Aviva Musicus, is to be published in the forthcoming journal Environment & Behavior.

In a second study, researchers found that cereal box spokes-characters that make eye contact may increase positive feelings toward the product and encourage consumers to buy it.

Study participants were asked to look at a box of Trix and rate their connection to the brand, with some shown a box positioned so that the rabbit made eye contact and others depicting the rabbit looking down. Findings show that brand trust was 16% higher and the feeling of connection to the brand was 28% higher when the rabbit made eye contact. Furthermore, participants indicated liking Trix better, compared to another cereal.