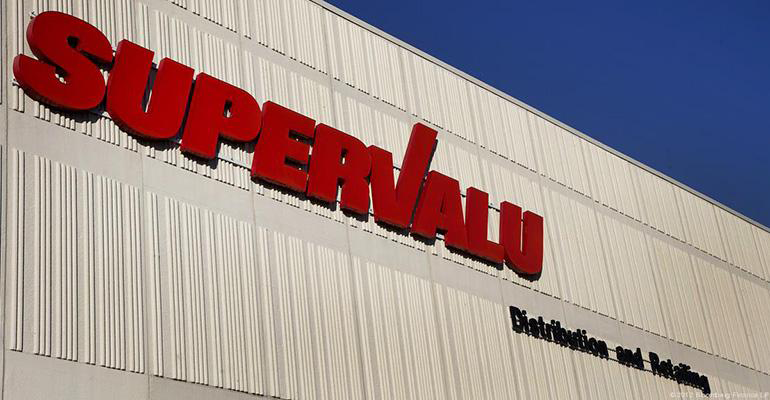 Board says move would spur transformation by separating wholesale, retail

Supervalu Inc. has proposed a reorganization into a holding company structure that will separate its grocery wholesale and retail operations.

Minneapolis-based Supervalu said late Tuesday that the move would provide more flexibility in its ongoing strategic transformation, which includes plans to divest retail assets and sharpen its focus on growing its core food wholesale business. The restructuring also would bring operational efficiencies and “better segregate the liabilities of the company into their respective business segments,” according to Supervalu.

Another plus would be on the tax side, Supervalu said, explaining that the plan would better enable the company to leverage its capital loss carryforward and generate about $300 million in cash tax benefits over the next 15 years.

The Supervalu board of directors decided to pursue the reorganization in a June 7 meeting and outlined the plan in a preliminary proxy statement and prospectus filed yesterday with the Securities and Exchange Commission. A stockholder vote on the proposal is slated to be held at the company’s 2018 annual shareholders meeting. “We have been executing a strategic transformation of our business over the last two years to become the wholesale supplier of choice for grocery retailers across the United States, while also executing initiatives to deliver long-term stockholder value,” President and CEO Mark Gross (left) said in a statement. “The proposed holding company structure is another significant and important undertaking by our team that would support and advance our transformation by further separating our wholesale and retail operations in a tax efficient manner.”

Struggling to compete with larger grocery companies and fast-growing online players, Supervalu has been revamping its business to bolster wholesale operations and firm up its financial footing. Food wholesale now accounts for the lion’s share of the company’s revenue: 78% of total sales in fiscal 2018, up from about 44% only two years ago. Supervalu’s wholesale arm serves a network of 3,437 stores, including 3,323 stores operated by its food distribution customers.

Steps forward in the company’s transformation have included new leadership; the sale of Save-A-Lot for $1.3 billion in 2016; new wholesale customers such as The Fresh Market; last year’s acquisitions of Unified Grocers and Associated Grocers of Florida; and the divestiture of supermarket retail assets, most recently the Farm Fresh chain last month.

In April, Supervalu unveiled plans to sell off the Shop ‘n Save grocery chain and to sell and lease back eight of its owned distribution centers in a $483 million deal, which was largely completed in early May. The divestiture of Farm Fresh and Shop ‘n Save will leave Supervalu with 114 supermarkets under three banners: Cub Foods, Hornbacher’s and Shoppers.

Going forward, Supervalu said, the proposed holding company structure would facilitate the sale of retail assets and provide other advantages as it refocuses its business.

“We believe the reorganization could facilitate expansion of our wholesale business by providing a more flexible structure for acquiring other businesses or entering into joint ventures while continuing to keep the operations and risks of our retail business separate,” Supervalu stated in the June 12 proxy statement/prospectus. “In addition, if the cash generated over time by our businesses were determined by our board to be greater than the amount necessary for the operation or capital needs of those businesses, this cash could be transferred to a separate corporate entity owned by the holding company and invested as our board believes to be appropriate.”

In the SEC filing, Supervalu also urged shareholders not to support board members nominated by Blackwells Capital, which in late March had initiated a proxy battle as part of a months-long effort to get Supervalu to expedite its restructuring. The New York-based investment firm has called for Supervalu to explore such options as a sale/leaseback of its distribution centers, a sale of the company or a merger with a wholesaler competitor, and a spin-off of its retail operations, among other measures.

Blackwells in late May reported its stake in Supervalu at about 7.3% (including 2.9% in underlying call options). The investment firm has nominated six candidates to Supervalu’s board and filed preliminary proxy materials for their election. Also late last month, D3 Family Funds, which holds a 1.4% interest Supervalu, said it aims to vote all of its shares for the six-director slate nominated by Blackwells.

“It is becoming increasingly apparent that the combination of growing Supervalu’s wholesale grocery business organically and inorganically, divesting most of the company’s retail grocery stores, and selling and leasing back its distribution centers to pay down debt has the potential to catapult Supervalu’s share price,” D3 founder and managing partner David Nierenberg said in announcing the endorsement of Blackwells’ nominations. “With the right board in place, with the right urgency, accountability, and serious skin in the game, we believe that Supervalu management could have the time and the support it needs to execute that strategy.”

Coborn’s taps retail veteran Keri Jones for board
May 26, 2022

Sprouts names Hari Avula to board of directors
May 25, 2022