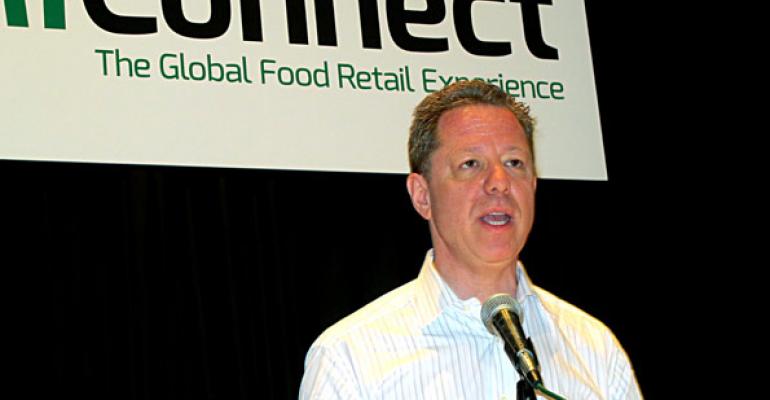 Social media is playing an increasingly important role in the grocery shopping process, said panelists at FMI Connect this week in Chicago.

Citing data from Coca-Cola Retailing Research Council, Craig Elston, SVP of insight and strategy at Integer Group, noted that 36% of the U.S. population now uses social media to assist in their grocery shopping, and 19% rely on Facebook to help them do that.

“The time spent is relatively short — it’s consumption-type behavior,” he said, explaining that customers expect to be able to use Facebook to find quick solutions for their shopping trip.

“The way to get people onto your Facebook page is to give value,” he said, such as coupons or discounts, “but you also need to create community.

“It’s a balance of giving and taking.”

Lauri Youngquist, CEO of Knowlan’s Super Markets in Minnesota, noted that her company uses Facebook to link people back to the company’s website.

“We don’t put the ad on Facebook,” she said. “Our intent is to drive traffic back to the web page,” where the weekly circular and other information are housed.

“You can’t have one persona on social media and another in real life,” said Michael Sansolo, research director for the CCRRC.

Other comments from Elston of Integer Group:

•CEOs of companies will increasingly be expected to be the face of their brand on social media.

•Companies will need to be flexible with the social media platforms they support as new technologies evolve and consumer preferences shift.

•Companies using social media must also learn to become more risk-tolerant because of the fluid, uncontrollable nature of social media — “Social media teams need to be trusted, and they need to be autonomous,” he said.