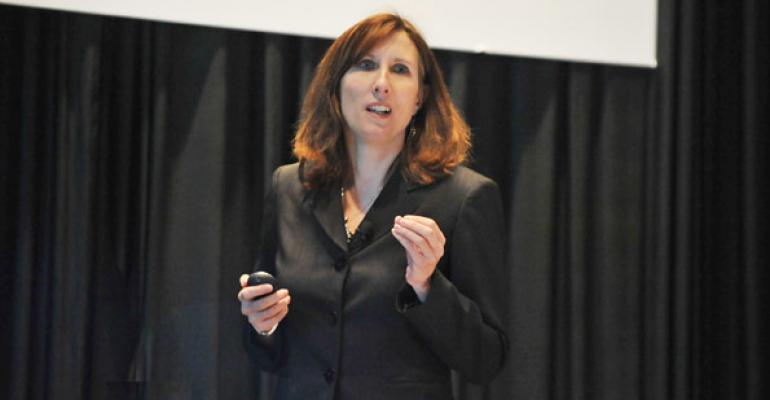 In the Wednesday session at FMI Connect, “Power of Fresh: Leveraging shopper trends in meat and produce,” Anne-Marie Roerink of 210 Analytics pointed to organic as one of the lasting trends in fresh departments.

“No matter how I look at organic, it’s growing,” she said.

“Not only are we seeing high penetration in produce, which tends to be the area where people buy organic first. We’re seeing a growing number of people entering the segment,” Roerink said, noting that while there was a plateau on new organic consumers during the recession, interest picked up as the economy improved.

Local foods, on the other hand, resonate with a larger consumer base.

“Local I think is going to be an enormous trend. It already is and I think it’s going to be even bigger in years to come. Bigger than organic,” she said.

“One of the main reasons why people like local is to support the local economy. So introduce that farmer. Introduce the fact that the cows are grazing on local pastures.”

“They’re big amongst smaller households, high-income households, people that have dual working jobs, people with kids who are eternally lacking for time.”

Marinated meats, pre-cut fruit, fruit snack packs have all seen double- or triple-digit growth, but like organic categories, the segments are still small.

“Only 42% sometimes or regularly buys these items [value-added produce] so we still have a huge part of the population that we can try to push into these categories.”