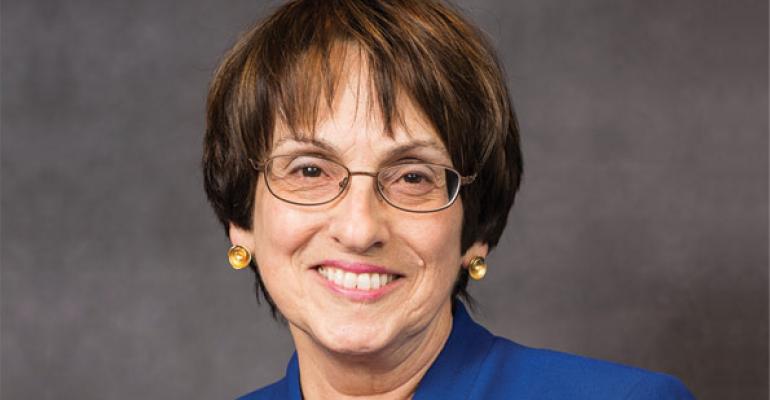 <p>Nancy Childs, a professor of food marketing at St. Joseph&rsquo;s University in Philadelphia, is studying grocery apps as the focus of her Gerald E. Peck Fellowship.</p>

&ldquo;We are finding out that segmentation really matters. And if you want to be savvy in reaching out to specific segments of your shoppers, there are different things you can offer them.&rdquo; &mdash;NANCY CHILDS, St. Joseph&rsquo;s University

Retailers have the opportunity to tailor their mobile apps to meet the needs of different shopper segments, according to Nancy Childs, a professor of food marketing at St. Joseph’s University in Philadelphia.

Childs, who is studying grocery apps as the focus of her Gerald E. Peck Fellowship at St. Joseph’s, was scheduled to present the second phase of her research on the topic on June 11 at FMI Connect.

“We are finding out that segmentation really matters,” she told SN in an interview previewing her presentation. “And if you want to be savvy in reaching out to specific segments of your shoppers, there are different things you can offer them.”

Childs based her research on a detailed consumer survey of 657 grocery shoppers who have mobile phones and are familiar with apps. She segmented those shoppers based on the DigitalLink shopper profiles identified by Chicago-based Information Resources Inc., and was able to correlate certain app preferences with specific types of shoppers.

“Everybody wants the basic stuff — coupons, help making a shopping list, can you offer me an exclusive discount, and can you track my loyalty points,” Childs explained. “Those things seem to be pretty universal.

Child said she was able to compile her research into a “very interactive dashboard” that would allow app developers to focus on the preferences of these different shopper groups, based on 20 different app functions that were explored.

“You might want to look at just the folks that only buy online, and what kind of apps are they interested in,” for example, she explained. “The data has a lot of interactive possibility.”

Childs also was able to coordinate app preferences with purchasing behavior in terms of basket sizes, so that the data can match heavy buyers with the types of app functionality they prefer.

One of her findings in doing the research was that consumers in general are seeking solutions from their apps — whether it’s help in tracking loyalty points, or tallying in-store spending in real time, drawing from past shopping lists, or what Childs calls “personal reminders” — dates and events that are important to the shopper.

Of less interest to shoppers, she said, are what she referred to as “generic” app functionality, such as customer service, or basic recipe apps.

“If you can help me create a shopping list for ingredients in recipes that I identify, then that’s offering me a solution, and that’s something I am more interested in,” she explained.

“So many apps are based on making suggestions for this or that, and that’s nice, but it’s not really as vital to shoppers as when you are offering a solution,” she said.

“You think of those people using Pinterest, Instagram and Facebook as being digitally savvy, but they actually have a very low level of interest in grocery apps,” she said. Participation in social media, she said, “is a completely different kind of activity that they engage in socially, as opposed to the functionality of using an app to aid them in grocery shopping.”

Even when presented with very simple apps, those shoppers who were social-media focused were “just not interested,” Childs noted.

Meanwhile, shoppers who were more digitally savvy included a much higher proportion of “super-heavy” buyers, and were also very interested in a lot of app features.

Those digitally savvy shoppers also had the most concerns about using grocery apps, however.

“They know all the things that can goof up, and they are resonating much more with technical concerns, like whether the response time in the store will be inadequate, or will the app take up too much memory on my phone,” Childs explained. “They are the ones who identify the most barriers, but they do not deter them.”

She noted that one of the barriers app users encounter is in-store personnel who are not as familiar with the app’s functionality as the shoppers are.

“They have questions about digital coupons, for example, and the store personnel don’t know how to deal with it,” Child said. “That’s interesting because that’s controllable.”

In the first phase of her research last year, in which she explored a “big overview of grocery apps,” Childs said she had been able to identify some shortcomings in the way some retailers approached their mobile apps.

“Retailers were doing a lot of ‘me-too’ apps,” she explained. “The way retailers approached providing grocery shopping apps was very reactive, and including offering everything under the sun. That struck me as not being the smartest way to use this tool.”

She said retailers seemed to have taken the approach initially of just “jumping in and giving it a try” when it came to app development, but now there is an opportunity to approach it more strategically.

“These apps work, but they work better on a customized level.”