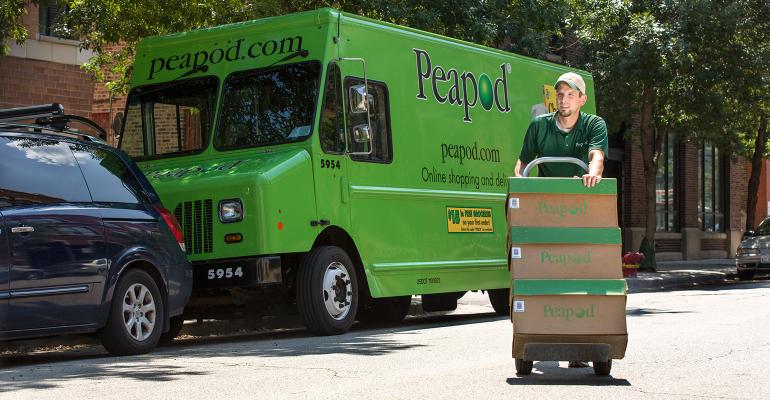 The company said sales at its Ahold USA division, which includes Stop & Shop, Giant-Landover and Giant Carlisle, were up 0.8% on a pro forma basis, to about $6.38 billion, compared with the year-ago quarter. Comparable-store sales, excluding gasoline, rose 0.7%. Price inflation was up 0.9% in the quarter at Ahold USA.

The company said the Stop & Shop New England banner had a strong summer season, and the Giant-Carlisle banner showed some gains, while Stop & Shop New York and Giant-Landover eked out market-share improvements in regions with negative overall grocery volume growth.

The company invested about $150 million on an annualized basis, or about $3 million per week, in Ahold USA’s pricing at the start of the quarter.

During the quarter, the company continued to invest in its digital capabilities, including a new online recipe center. The company said Ahold USA gained 1 million new digital users over the last year, with 20% web traffic growth and an increase of more than 70% in monthly app users.

Ahold said its Peapod e-commerce division continues to invest in its Podpass membership, which offers unlimited free delivery at a fixed annual fee. Podpass is driving more membership at higher renewal rates, and its members also order more frequently and spend more in total than other customers, the company said

Ahold executives said they have not been happy with Peapod’s single-digit growth performance, however, which has been slower than the 20%-plus growth of the company’s e-commerce business overall.

“At Peapod we need to improve our interface with our stores in terms of how we make offers,” said Jeff Carr, chief financial officer, Ahold Delhaize.

He said Peapod has historically run its own promotional offers that don’t always match what’s being offered in the company’s stores, “and that’s the kind of thing we need to improve moving forward.”

Overall Ahold Delhaize’s online business, which also includes its bol.com division in the Netherlands, operates at about a 1% to 2% negative margin, Carr said, and is around break-even on an EBITDA level.

Comps up 2.3% at Delhaize America

At the company’s Delhaize USA division, which includes the Food Lion and Hannaford banners, pro forma sales were up 2.2%, to $4.44 billion, with comp-store sales up 2.3%. Inflation was up about 0.5%, with marginal inflation at Food Lion buoyed by higher inflation at Hannaford.

Delhaize America’s comps of 2.3% exceeded analysts’ expectations of 2.0%, said Fernand de Boer, an analyst with Degroof Petercam, although he said other Ahold Delhaize divisions were slightly weaker than expected.

Ahold Delhaize said Food Lion’s rollout of its Fresh, Easy & Affordable remodeling and remerchandising strategy is helping drive sales gains, including gains of more than 7% in Charlotte, N.C., and more than 5% in Greensboro, N.C.

The program is being expanded to 160 additional locations next year.

Food Lion sales have held up well to the incursion of German grocer Lidl into its markets in the Mid-Atlantic, the company said, as the chain matched prices on the 300 fastest-moving items.

“It’s clear we have a good counter-reaction for the upcoming new entrants in the market,” said Dick Boer, Ahold Delhaize president and CEO.

He also said Whole Foods’ price reductions have not had a significant impact on any of Ahold Delhaize’s banners.

“They were very expensive to begin with,” said Boer.

Food Lion also expanded its Shop & Earn loyalty program to the Greensboro market in the quarter, while Hannaford debuted a new digital loyalty program called My Hannaford Rewards, which will be fully rolled out next year.

Overall, Ahold Delhaize said it remained on track to achieve net synergy savings of 500 million euros (about $580 million U.S.) in 2019 resulting from last year’s merger of Ahold and Delhaize. Among the areas delivering higher than expected synergies are Ahold USA procurement.

The company is also continuing to optimize its private labels, combining its natural and organic lines from Ahold and Delhaize in the U.S. under the Nature’s Promise line, which has annual sales of more than $1 billion.

“We consider the results as solid, and to be broadly in line with expectations,” said de Boer of Degroof Petercam.

Although he said that “sales came in a little light in most regions,” the company compensated with higher margins to drive profit growth.