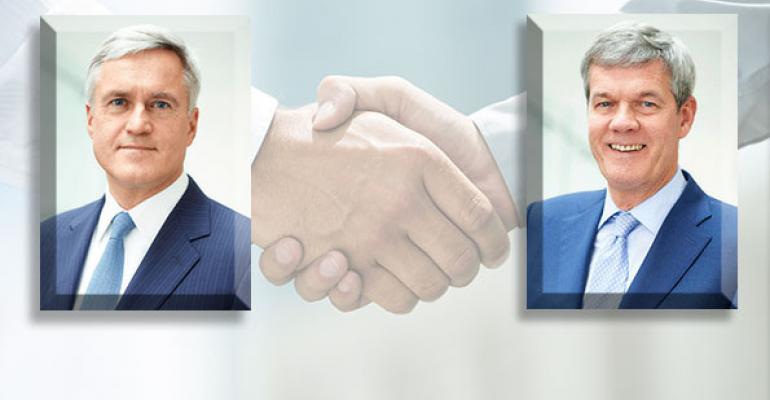 The CEOs of Ahold and Delhaize in an interview Monday stressed that their forthcoming merger would achieve more than just the considerable synergy savings they expressed to the investment community while announcing the agreement last week.

Asked by SN to elaborate on how the deal would help them become better retailers, Ahold’s mentioned aspects ranging from customer data to small-store operations to e-commerce. His counterpart at Delhaize, Frans Muller, said his stores would look to Ahold for expertise in seasonal and general merchandise, pharmacy, and private label, among other things.

“Those are very pragmatical things which have nothing to do with a synergetic value on procurement, but have more to do on the front end for the customer proposition regarding assortment,” Muller said.

As detailed last week, the $29 billion merger would combine Ahold, the Dutch-based parent of the Stop & Shop and Giant and Martin’s banners, with Food Lion and Hannaford stores operated by Belgian parent Delhaize.

Acknowledging the parent companies had been in talks without coming to an agreement in the past, Muller said the difference this time was the relative good health of both companies, leadership believing strongly in the benefits of scale inherent in the combination, and a competitive U.S. climate demanding it.

“Two strong companies talking to each other is always a better start than if one is stronger than the other,” said Muller, who is overseeing the integration of the companies and will serve as deputy CEO of the combined Ahold Delhaize. “The other thing is there was a very strong vision by the chairmen and the CEOs that this is a very good combination now, time-wise. Looking at the competitive situation in the U.S., this might be the perfect proactive move. The third thing is we felt very much supported by the boards to put it together.”

Boer, who will serve as CEO of the combined companies, said he admired Delhaize’s effectiveness in presenting strong price positioning at Hannaford and Food Lion, saying “I think we’ll be able to do similar things,” at Ahold’s banners. Muller said he admired Ahold’s strategic vision in e-commerce.

While focused on achieving a three-year goal of more than $500 million in annual cost savings from the merger, Boer said his focus would also be on “creating a culture and a strategy that everybody feels a part of.” Muller said he was looking forward to announcing key executive appointments as the mid-2016 closing approaches while examining how the organization would approach areas like IT and distribution.

“I think it’s important … especially as these are two big companies, to be sure that the uncertainty of the organization quickly goes away,” Boer said. “We need to work on a common strategy for a 2020 vision, or even 2025, [thinking about] how retail will evolve on both sides of the ocean.”