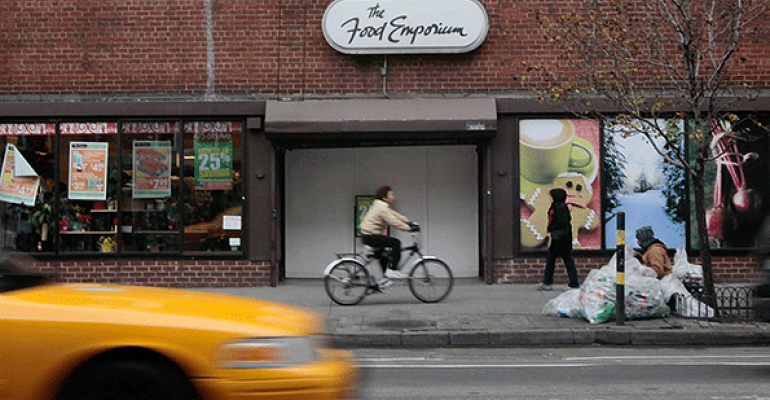 Union workers at A&P have asked federal bankruptcy judge Robert B. Drain to reject the retailer’s motion to modify their collective bargaining agreements, saying the company by doing so would violate conditions of agreements Drain himself approved as part of A&P’s previous bankruptcy case.

A&P earlier this week filed an emergency motion seeking to strike union “bumping” clauses and slash severance obligations so as to effectively execute a “sale strategy” it called its best option for settling with creditors.

Unions in a petition filed late Thursday, however, said the request is in violation of Section 1113 of the bankruptcy code because of its provisions requiring that proposed modifications sought by an employer “must assure that all of the affected parties are treated fairly and equitably.”

The petition contends that A&P failed to live up to its end of the bargain when unions granted concessions they said were worth more than $600 million to help A&P out of its 2010 bankruptcy. According to term sheets approved by Drain in that case, A&P as part of that deal agreed to reinvest in store renovations; to sell assets to employers in the event of a sale; and guarantee specific contract guarantees including seniority and severance pay.

Drain is expected to rule on the motion in a hearing Monday. An official objection to the motion had yet to be filed by Friday morning.