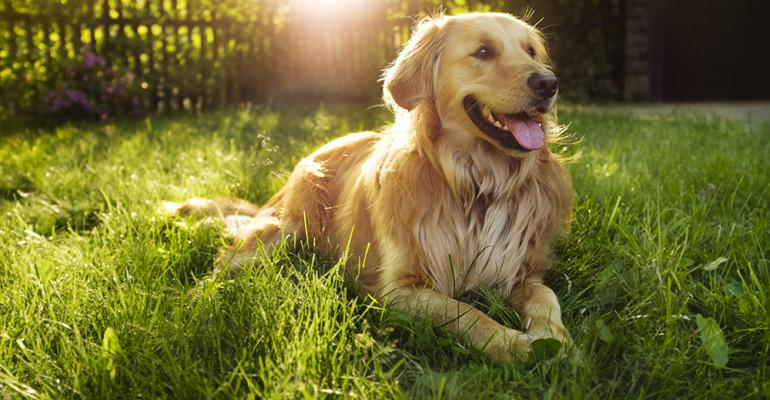 University of California-Davis (UC-Davis) veterinarians led a team that has found a link between some popular grain-free, legume-rich dog diets and a type of nutritional deficiency and canine heart disease known as taurine-deficient dilated cardiomyopathy (DCM).

Results of the study were recently published in the journal PLOS ONE.

According to an announcement from UC-Davis, the researchers found that dogs eating some of these "boutique" diets are not making or maintaining enough taurine, an amino acid important for heart health. Taurine deficiency has been known for many years to lead to DCM, a heart muscle disorder that can cause congestive heart failure and death.

“Given this recent surge in cases, we need to pay close attention to what we are feeding dogs,” said lead author Joshua Stern, a veterinary cardiologist and geneticist at the UC-Davis School of Veterinary Medicine. “Choosing a well-researched dog food that has a healthy nutrient profile backed by expert formulation and research is of paramount importance.”

Stern said while some dog breeds are more genetically prone to a traditional form of DCM, the disease is now showing up unexpectedly in other breeds, such as the golden retriever. The common link unifying these cases is their diets.

Stern said he began noticing the trend two years ago and is now treating many dogs with nutritionally mediated DCM that were all eating quite similar diets. Last year, the U.S. Food & Drug Administration issued an alert to pet owners and veterinarians about the potential association between the diets and DCM. FDA continues to research this issue in order to identify the exact dietary factor causing the problem.

Stern’s research involved 24 golden retrievers with DCM and a documented taurine deficiency, representing the largest collection of cases with this condition that has been published. According to UC-Davis, 23 of the 24 dogs diagnosed with DCM had also been fed diets that were either grain free, legume rich or a combination.

Stern then prescribed the dogs a diet change and taurine supplementation. As a result, all but one dog improved. Nine of 11 dogs in this group with the most advanced stage of the disease -- congestive heart failure — also showed dramatic improvements or no longer had congestion, he reported.

“This study helped us confirm that this condition is treatable and avoidable, something that traditional DCM of genetic origins is not,” Stern said.

Stern added that consumers who are concerned about their dog’s health should not naively switch their dog’s diet or simply add a taurine supplement but instead should consult with a veterinarian, as dogs can develop DCM from nutritional origins and not be taurine deficient. Taurine supplements can also mask the problem and lead to a delay of an important diagnosis.

Stern urged pet owners to take a second look at their dog’s diet. Cases of DCM have been reported in dogs eating multiple different brands and formulas of food.

The problem may not be that the diet is “grain free” or “legume heavy” but that ingredients are interacting to reduce the availability of taurine or that other nutrients are missing or interacting in the formulation, Stern said.

For example, while many pet owners may not want to see “byproducts” in their dog’s food, those byproducts often contain organ meat like heart and kidney, which are good sources of taurine.

“Pet owners should ask themselves if they’re buying the food because it sounds good to them or whether it’s right based on veterinary research and evidence,” Stern said. “Staying away from some of the most common marketing gimmicks may help to protect your pet.”

Source: University of California-Davis, which is solely responsible for the information provided and is wholly owned by the source. Informa Business Media and all its subsidiaries are not responsible for any of the content contained in this information asset.