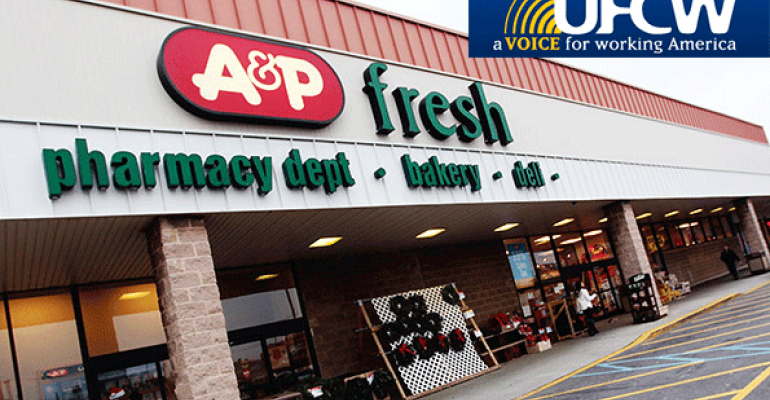 A&P’s request to back out of commitments to workers so as to use the savings to provide equitable disbursements to lenders is “true only in the Alice-in-Wonderland world of corporate reorganization,” the United Food and Commercials Workers union said Friday.

In a lengthy objection to A&P’s motion to strike parts of its collective bargaining agreements with unions filed with U.S. Bankruptcy Court Friday, the UFCW said the retailer’s request deprives benefits to workers that were negotiated as part of A&P’s 2012 emergence from its previous Chapter 11 filing.

Moreover, the union argued, the request fails to meet conditions of Section 1113 of the U.S. Bankruptcy Code, which authorizes debtors to make union contract modifications only in cases where the proposed changes are “essential to the continuation of the debtor’s business” or are necessary “to avoid irreparable harm to the estate.”

A&P, which is pursuing a strategy whereby it intends to sell or close all of its stores, therefore does not intend to continue as a business, the union argued. The UFCW also said it was not clear that “irreparable harm” would come as a result of honoring the contract, saying scenarios laid out by the grocer in its argument were speculative in nature.

“[T]he negotiated protections, along with other provisions in the CBAs, safeguard employees in the event of just the type of corporate restructuring and failure of management strategies at issue” in the case, the union said. “As we have noted before, the debtors’ harsh proposals and amnesia about their employees’ contributions have been greeted with understandable alarm and consternation by the workforce.”

The UFCW represents 93% of A&P’s workers — about 26,000 workers overall. The union described the bankruptcy as a “disaster” for workers.

The emergency motion filed by A&P seeks an order to strike contractual “bumping” rights, which grant employees with seniority the right to take jobs from less senior employees in the event of a layoff. A&P is also seeking permission to pay 25% of severance payments to workers, capping its total outlay at $10 million.

Although negotiations held prior to the 1113 motion did not lead to an agreement, the UFCW said it believed that A&P’s requests were “misstated, premature or asked for agreement on legal conclusions.” The retailer in its filing said the unions failed to make counterproposals.

Taking aim at language used by A&P in its motion, the union sought to highlight the retailer’s hypocrisy. “The notion that the debtors are ‘justified’ in seeking to prevent ‘a certain fortunate few employees from siphoning assets’ of the estate, is true only in the Alice-in-Wonderland world of corporate reorganization, where an employer can both seek to strip seniority protections from workers and also deny them immediate full contractual compensation for loss of employment, and then plead equality of treatment in justification where the savings to go to the secured lenders.”

A hearing on the matter is set for Monday.