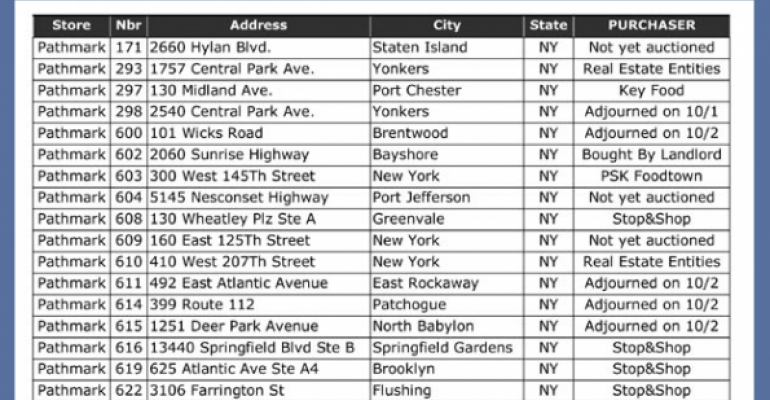 Gristedes, Met Food, King Kullen, H Mart and other supermarket operators appear to have been high bidders for a limited number of A&P owned stores that went to auction late last week, according to unconfirmed reports from labor unions with workers impacted by the sales.

SN was unable to confirm the information with the company, which is conducting a liquidation of all its stores under a Chapter 11 bankruptcy auction and is under a gag order by the judge overseeing the case.

The auction, which began Thursday in New York, is expected to continue this week.

Winning bidders for the stores would also require approval by the court.

RWDSU/UFCW Local 338, which represents workers at Food Emporium, Food Basics, A&P and Waldbaums stores in New York, published the following list of auctioned stores on its website. The list only includes stores with its workers that went to auction Thursday or Friday. According to the union, 12 of the 29 stores received no bids including Food Emporium’s “Bridgemarket” flagship at 59th Street in Manhattan.

According to UFCW Local 1500, which represents Pathmark workers in New York, half of the 42 stores that employ their workers were sold, with other store auctions designated as “adjouned” — indicating there were no bids or bids were too small to qualify. Those stores will be auctioned again this week. The sold stores include several to landlords, the previously announced transfers to Wakefern Food Corp., Stop & Shop, Morton Williams and Food Bazaar, as well as two stores in Brooklyn going to Manichevitz. 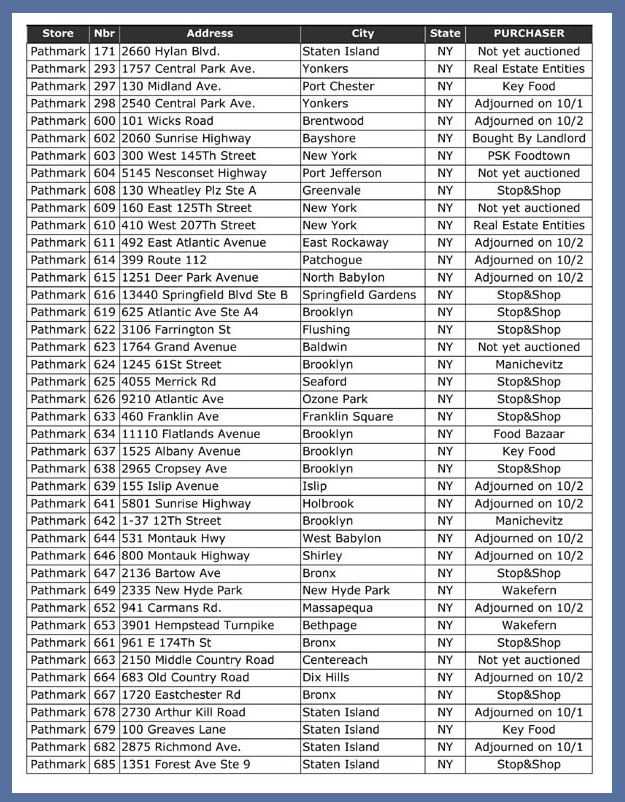