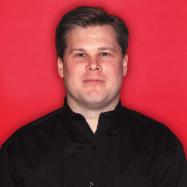 Russell Redman has served as senior editor at Supermarket News since April 2018, his second tour with the publication. In his current role, he handles daily news coverage for the SN website and contributes news and features for the print magazine, as well as participates in special projects, podcasts and webinars and attends industry events. Russ joined SN from Racher Press Inc.’s Chain Drug Review and Mass Market Retailers magazines, where he served as desk/online editor for more than nine years, covering the food/drug/mass retail sector.

Russell Redman’s more than 30 years of experience in journalism span a range of editorial manager, editor, reporter/writer and digital roles at a variety of publications and websites covering a breadth of industries, including retailing, pharmacy/health care, IT, digital home, financial technology, financial services, real estate/commercial property, pro audio/video and film. He started his career in 1989 as a local news reporter and editor, covering community news and politics in Long Island, N.Y. His background also includes an earlier stint at Supermarket News as center store editor and then financial editor in the mid-1990s. Russ holds a B.A. in journalism (minor in political science) from Hofstra University, where he also earned a certificate in digital/social media marketing in November 2016.

Slideshow: Target right on the mark as SN Retailer of the Year
Aug 30, 2021
From new store formats to e-commerce and privatel label, Target continues to innovate the retail landscape

A year of COVID-19: As pandemic overwhelmed the nation, the grocery industry faced up to the challenge
Mar 12, 2021
One year after the coronavirus was deemed a national emergency and lockdowns began, SN takes a chronological look at how grocery retail was impacted and responded