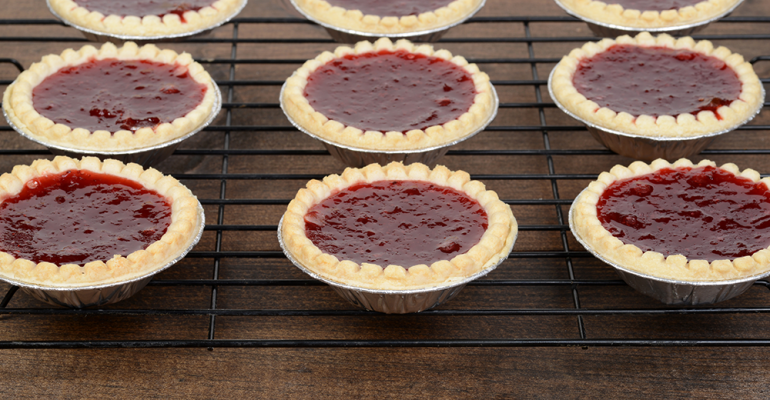 The comfort of pie, in small servings

Supermarket bakeries are profiting from the hot trend of mini pies

It’s no secret that pies are big sellers come holiday time, as shoppers load up on the homestyle desserts for family gatherings and office parties. But while the demand for pies typically falls once the holiday season is over, a big interest in mini pies keeps the category strong throughout the year.

In fact, the latest Nielsen Perishables Group FreshFacts reports that mini pies are experiencing rapid growth with an increase of 11% over the last year. In the months without a major holiday, mini pies have been the clear leader in the segment.

“You look at the traditional size of a pie, which is baked to be eaten by more than one individual, and having these small, mini pies can really attract those consumers who probably wouldn’t invest in a full-size pie but who are having a craving for it,” he said. “It’s an advantage for in-store bakers to grab the attention of a consumer who is shopping only for themselves.” 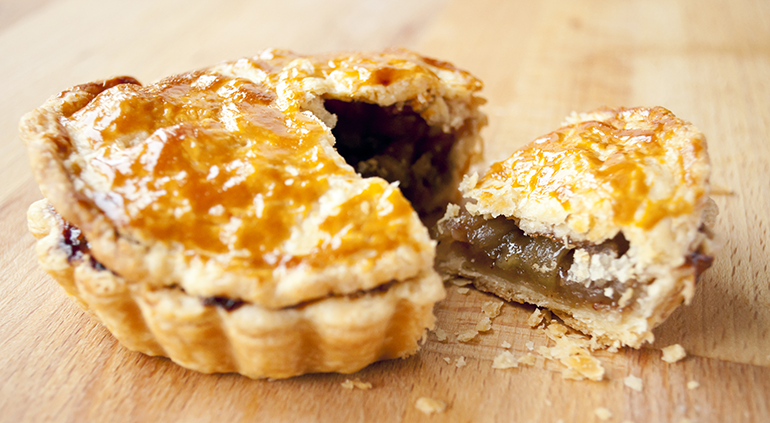 Ray Doughan, assistant vice president of bakery operations at Hy-Vee Inc., a Midwestern grocer with approximately 245 stores, said this is a trend that has been picking up steam for about two years.

“If you’re listening to consumer needs, they are telling you there’s no longer six in a household; now there are twos and threes, and some cases just one, so we’ve had great success here lately with our six-inch pie program,” he said. “Over the last six months, we also launched a half-pie program, which is half of a 10-inch pie, and that’s been speaking to the consumer as well.”

Daniel Levine, director of the New York-based Avant-Guide Institute, which looks at social trends driving the marketplace, said pies are in, and at the expense of cakes. Unlike previous decades, however, consumers are looking for store-made pies that are made with “clean” ingredients, fresh fruit and few or no artificial ingredients.

“People are gravitating to the comfort of pies, perhaps a reaction to our chaotic times,” he said.

Levine also has seen an increasing demand in the mini pies, calling them “the new cupcakes,” and notes women aged 18-55 are the main customers for these, the same shoppers who might choose cupcakes or other single-snack items.

“They are single-serving satisfiers that fill a hassle-free need for sweets,” he said. “These pies are also benefiting from our penchant to Instagram everything, meaning that grocers need to pay attention not only to taste, but to the way these treats look. Ask yourself, ‘Is this Instagrammable?’ If it is, put it out in front.” 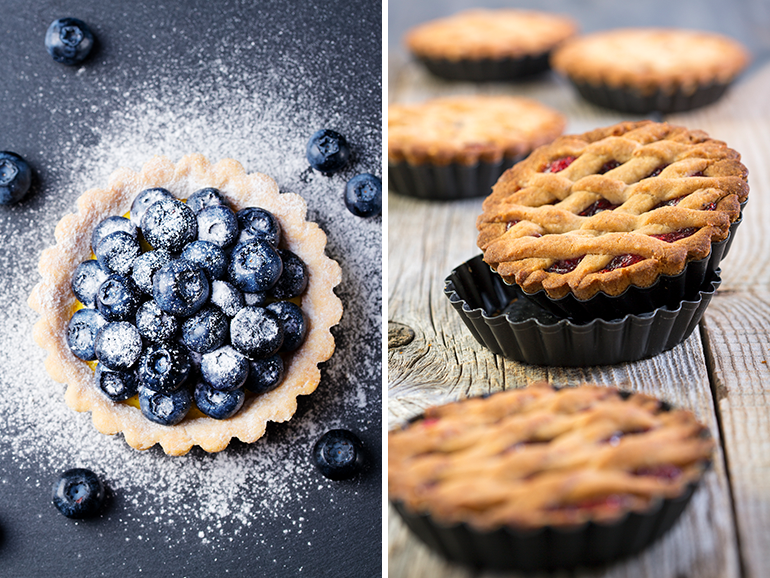 A blueberry tartlet (left) and cake with hazelnut and raspberry jam.

Wegmans Food Market is another retailer that has seen its rings at the register increase thanks to the mini pies sold in its bakery department. A company spokesperson notes sales in the category have flourished in 2018, and expects the popularity to only increase as the holidays approach.

Not only does Wegmans offer a larger selection of flavors in its 6-inch mini pies, it also offers an even smaller mini pumpkin pie, which has been a big seller so far this fall.

Hy-Vee’s Doughan believes the pie segment in general is a reemerging category that all grocery bakeries should be investing in heavily and said Hy-Vee is even seeing its traditional 12-inch pies doing better than normal. But one doesn’t need to concentrate on one and forget the other.

“We have been successful with both 12-inch and our mini pies and try to highlight each,” he said. “I was in one of the stores where there’s an older clientele, and they said, ‘The six-inch pies just don’t sell here,’ but I said, ‘Let’s get some in here and try it’ and when I checked back in two weeks, they couldn’t believe that it attracted a whole new line of customers. Sometimes, it’s us not believing in something and just taking a chance.”

IDDBA’s Richard noted that in-store bakeries can be a little more creative with mini pies, going beyond the traditional pie flavors.

“They can experiment and look at new and innovative flavors and mixes, such as creating an apple cranberry combination,” he said. “The same holds true for the toppings as well. Just like the donut craze for toppings, mini pies are seeing more variety and different toppings being used.”

To generate interest in its mini pies, Hy-Vee also runs a mini pie of the month, with flavors over the past few months including tropical blend and peanut butter silk cream.

“These exotic flavors seem to appeal more to Millennials and that is a group that is interested in these mini pies more and more,” Doughan said. “They are a now-consumable item that they want ‘right now,’ which is a very Millennial way of thinking.” 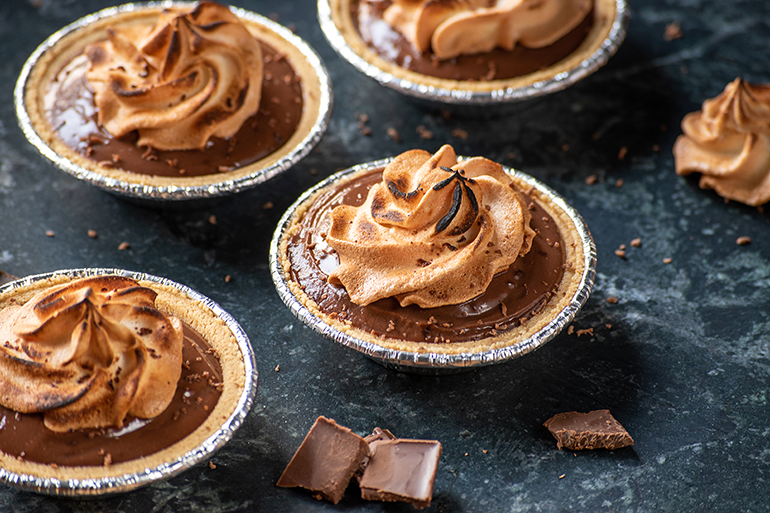 The retailer also advertises mini pies frequently on its social media sites to help drive business in the category and has seen customers post photos of the pies, which further spreads the word.

Richard said another way bakeries can market mini pies is by working in conjunction with other departments.

“For someone who might be picking up a meal for the night from the deli department or prepared food department, merchandizing the mini-pies as the dessert component of their meal is a great way to push awareness and get more sales,” he said.