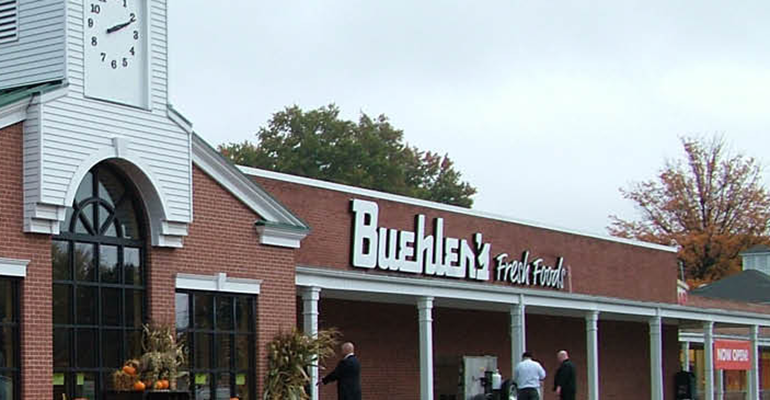 Store is first in state to employ OHLQ label

Yesterday, Buehler’s opened the Massillon Liquor Agency next to its Massillon, Ohio, supermarket, which has fully implemented the Ohio Liquor OHLQ brand. Developed by the Ohio Department of Commerce Division of Liquor Control (OHLQ), the new name and logo is slated to roll out at merchants across the state this year, replacing the “State Liquor” brand. 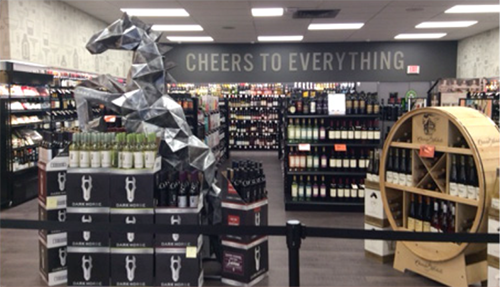 In Ohio, spirits are sold at retail only through state-licensed liquor agencies, operated by independent contractors, including some grocery store locations. However, beer and wine can be sold in supermarkets, drugstores and other licensed retailers.

According to Wooster, Ohio-based Buehler’s, the OHLQ brand is designed to bring a more distinctive look and feel to the state’s liquor branding and modernize the generic labeling now used in most Ohio agencies.

“We find the Ohio Division of Liquor Control to be a terrific partner and are very impressed with their vision and execution,” Buehler’s President and CEO Dan Shanahan said in a statement. “Under [Superintendent] Jim Canepa’s leadership, the division is fixing problems, branding for the future and growing again. We are happy to be part of it.”

Buehler’s noted that its Massillon location has a strong beer and wine assortment, including more than 500 beers and 1,000 wines available daily. Customers can get a 10% discount on wine case purchases, and liquor agency customers can use credit or debit cards for payment.

“We are proud to offer our customers the convenience of one-stop shopping and have strived to respect customers' considerations by offering two entrances into the agency, one from inside the Buehler store and another directly from the parking lot,” commented Ron James, director of beer, wine and liquor for Buehler’s, which operates 13 supermarkets in Ohio.

The Buehler’s Massillon Liquor Agency has business hours from 9 a.m. to 9 p.m. Monday through Saturday and is closed on Sundays.

“The Massillon Team is excited to bringing this opportunity to our store,” added Ben Sigler, store manager for the Massillon Buehler’s. “We look forward to introducing a new service and meeting new customers.”

In response to rising alcohol sales in the state, OHLQ has been in an expansion phase. Currently, there are about 480 agency stores operated by state-licensed contractors, including roughly 20 locations opened last year.

“While the look is a big focus of the brand, it’s also about the feel,” stated Lindsey Leberth, brand manager for the Ohio Department of Commerce. “We want consumers to feel supported in their shopping experiences with educated and helpful staff willing to assist. We’re adding a level of sophistication to our locations.”