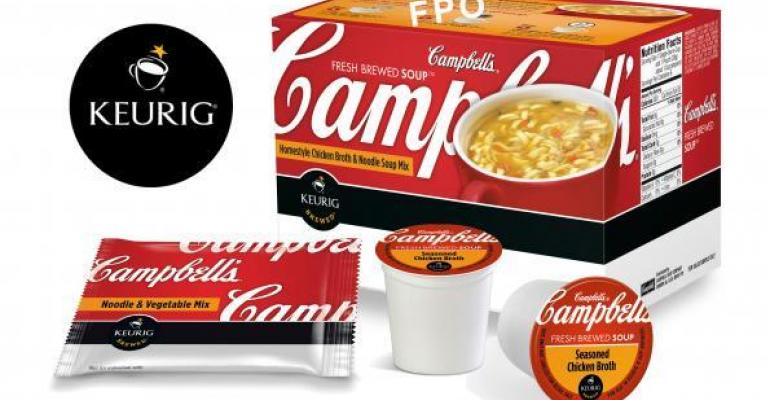 CAMDEN, N.J. — The soup category could get added shelf space now that Campbell Soup’s K-Cups are coming to market.

Campbell Soup Co. is recommending that its Keurig-friendly soups be placed in the coffee aisle, where other K-Cup products are sold.

The final merchandising decision, however, is at the sole discretion of the retailer, Hushen added.

At United Supermarkets, an official decision has not been made. However, several key United operations officials would prefer to see the K-Cups placed in the regular soup aisle, according to spokesman Eddie Owens.

Campbell’s announced last week that it has teamed with Green Mountain Coffee Roasters for the launch of Campbell’s Fresh-Brewed Soup K-Cup packs. Each contains broth that can be brewed over a packet of dried vegetables and noodles. They will debut in 2014 in an initial three flavors, including Chicken Broth & Noodle.