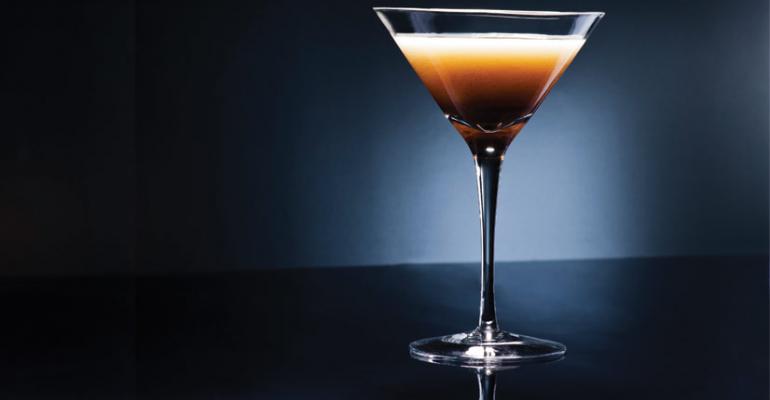 Flavored vodka, whiskey and other spirits give consumers new ways to enjoy their cocktails

While they may sound like dessert menu options, these and other sweet flavors are dominating liquor departments in the form of flavored vodka.

Such flavors have added incremental sales to the vodka category, as they attract consumers who may not have enjoyed spirits before.

“There’s an ever-broadening market for them,” he said.

Part of the appeal is that consumers have grown accustomed to treat-flavored beverages at restaurants and other foodservice establishments.

Pinnacle vodka, led by Whipped, is the leading flavored vodka brand at Niemann. Another strong seller is UV Vodka, which offers a multitude of unique flavors, from cake to salty watermelon.

UV also has “chocolate cake” flavor, which is in line with the chocolate martini trend.

“I still see strong sales in ready-to-drink cocktails, but a lot of consumers want to create mixed drinks at home with all of the ingredients,” Miller said.

Flavored vodkas cater to consumers looking for something new and different in their culinary creations.

The growing popularity of “mixologists,” people skilled at mixing cocktails at bars and nightclubs, is fueling the craze, said Miller.

Flavored vodkas add incremental sales to the spirits category because they attract people who otherwise would not have purchased a spirit, said Miller. These flavors are lower proof in most cases, making them easier to drink, said Miller.

“People (including myself) who don’t sip straight vodka can handle drinking these flavored vodka products over the rocks,” he said.

There are so many new flavored vodka introductions that Miller constantly researches new flavors and phases out older flavors that no longer have consumer appeal.

Along with vodka, cinnamon-based spirits are popular, said Miller. He points to brands like RumChata, a cream liqueur made from distilled Caribbean rums with Wisconsin dairy cream and flavored with cinnamon, vanilla and other flavors. The inspiration for RumChata is horchata, a popular drink in Mexico and Spain.

At the same time, honey-flavored whiskies are taking off.

Generational changes are a big reason why. That’s because Millennials like to create and experiment with food and beverages. They enjoy testing different  recipes to create custom meals and drinks.

“It’s all about seeking out the materials, and putting your own stamp on the drink,” said Hurst.

Spirits are also influenced by the so-called “Mad Men” trend of the return of classic spirits like the Manhattan.

“There’s clearly a fascination with cocktails,” he said.

Flavored whiskey and bourbon are beneficiaries of this trend. Honey, maple, cinnamon and other flavored whiskies have been a huge growth to the category.

“Even the established brands are getting involved,” Hurst noted.

Part of the popularity is the versatility of the beverages. They can be enjoyed as shots, in cocktails or straight up.

“Chill it, pour it on the rocks or mix it in a cocktail,” promotional materials for Jim Beam’s maple bourbon read.

Meanwhile, distillers are differentiating their products by producing craft spirits.

They’re on the lookout for handcrafted, small-batch spirits.

“You eat local; now you can drink local,” said Hurst.

Millennials appreciate artisanship, and they will pay more for something that is handcrafted.

At Jungle Jim’s, Fairfield, Ohio, a variety of locally produced craft spirits are in demand.

Among them: craft vodka, bourbon and gin from the Watershed Distillery in Columbus, Ohio. There’s also artisanal vodka from Buckeye Vodka in Dayton, Ohio. Buckeye’s handcrafted vodka is made from distilled water sourced from The Crystal Water Co., which supplies the Miami Valley with water. Another brand is Oyo Vodka from Middle West Spirits in Columbus, made from soft red winter wheat from Ohio.