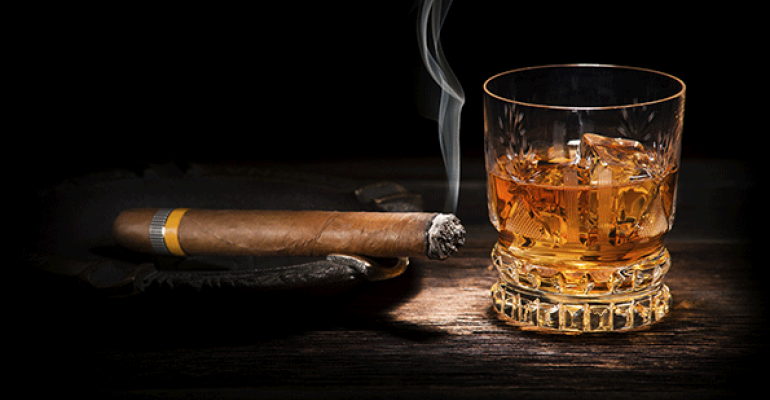 Jungle Jim’s breaks out the cigars (and scotch)

Jungle Jim’s will hold a cigar and scotch sampling event on March 31.

Patrons at the “Kilted Cigar Night” will get six, half-ounce pours of Glenmorangie scotch, along with three cigars from Drew Estates.

Jungle Jim’s head chef will prepare a charcuterie that pairs with well with the scotch and cigars.

The event will be held at the Jungle Jim's Oscar Event Center in its Fairfield store from 6 p.m. to 8 p.m. Tickets cost $100 each.

The Drew Estate cigars will be Liga Privada No. 9; Norteño and Kentucky Fire Cured.

The event is the latest way the retailer is promoting hard liquor. As reported, the retailer held its first-ever whiskey expo in February. The “Whiskey Trail" showcased eight distilleries, including Jack Daniel’s, Jim Beam and Maker’s Mark.