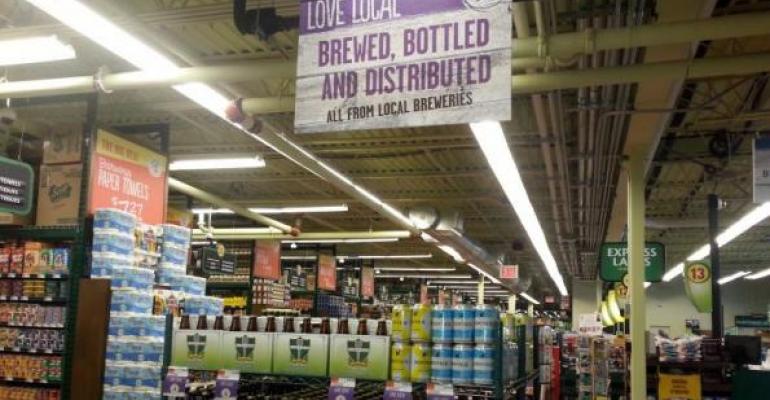 Local beer gets attention at Fairway

Produce isn’t the only department that’s the focus of Fairway Market’s local campaign. Beer is also in the spotlight.

The display is merchandised under a hanging sign that reads, “Brewed, Bottled and Distributed from Local Breweries.” It is set apart from the retailer’s mainstream beer offerings.