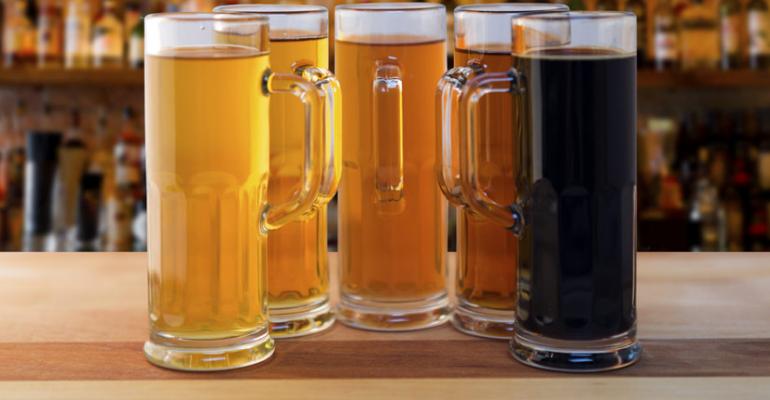 On Friday, the retailer only poured local beer from its 12-tap draft bar. A dozen brews from 10 breweries were sold for $3 a pint.

Owners and brewmasters from the 10 participating breweries were present to discuss their production and distribution processes.

The event, held as part of Jungle Jim’s weekly “Pint Night” beer tastings, comes at a time when the craft market is exploding in Ohio. The state ranked No. 4 in the U.S. in craft brewery production in 2012, at about 981,000 barrels, behind California (2.45 million barrels), Pennsylvania (1.63 million) and Colorado (1.29 million), according to the Brewers Association.

Wiggs said many beer drinkers have a locals-only loyalty. They love experimenting with the flavors made close to home, he said.

Beer drinkers often flock to new entries, and then gravitate to others when they hit the market.

“For a while, everyone had to have a Mount Carmel; then it was MadTree; now it’s Rhinegeist,” Wiggs said.