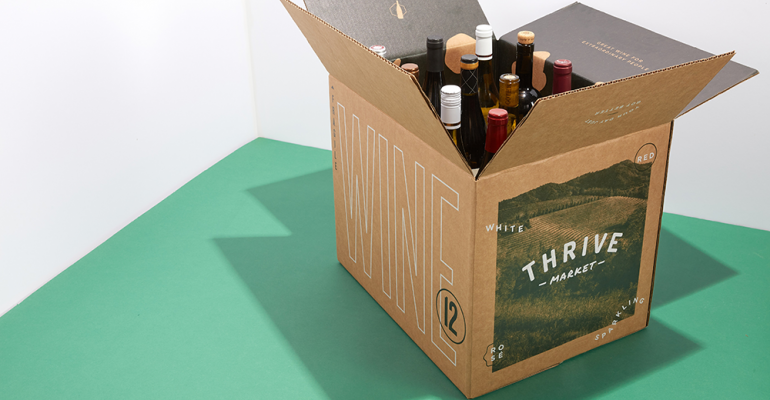 In its latest expansion beyond packaged groceries, Thrive Market has launched a line of “clean” organic wines that the online natural and organic grocer sees as offering a unique wine-drinking experience.

The membership-based retailer on Thursday rolled out six red and six white wines, all priced at less than $18 per bottle (prices start at $11.99). Made from organic, biodynamic or sustainably farmed grapes sourced from small and midsize European and U.S. producers, the wines have no added sugar, pesticides or other additives; are low in sulfites; and are curated by a master sommelier for taste.

“Seventy-five percent of our members are drinking wine more than twice per week — it’s sort of their indulgence of choice — yet very few, if any, are aware of the chemicals and additives that are in most wines. So there’s a big opportunity to go and create a program for clean wine,” said Nick Green, co-founder and CEO of Los Angeles-based Thrive Market, which has more than 500,000 members. 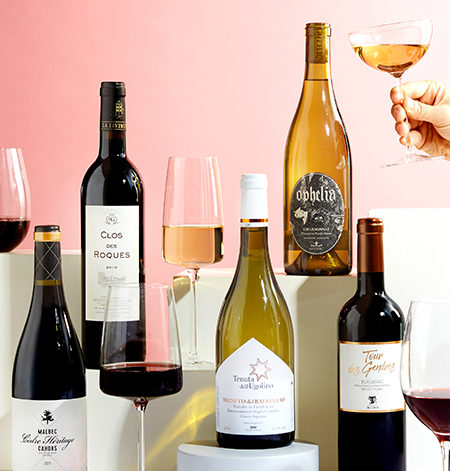 In announcing the launch, Thrive said it expects the wine program to become an eight-figure business within a year.

“We view this as one of those huge opportunities to dramatically change the landscape of a category,” Green explained. “Alcohol is the only ingestible thing in this country that is not regulated by the FDA. As a result, alcohol makers and wine producers and bottlers don’t have to do any labeling of the actual ingredients in the wine. Very few people are aware of the fact that there are more than 70 additives, chemicals, preservatives, fermentation agents, stabilizers, etc., used in conventional wine production today.”

A poll of Thrive’s members revealed that they drink wine far more often than beer, mixed drinks or other types of alcohol.

“That makes sense, because wine is viewed as the healthy alcohol and our member base is focused on their health,” he said. “But when we dug a little deeper, we found basically zero awareness of the way wine is made today and the fact that, like any other processed food, a lot of artificial ingredients and chemicals are used in wine to hit that taste profile and bring costs down.”

To select the wines and producers for its program, Thrive enlisted the services of Josh Nadel, who Green said is one of only 273 master sommeliers in the world.

“Josh is deeply passionate about organic wine. Very few sommeliers even touch organic wine. Part of the reason is that it’s much harder to make organic wine. So we set him out to build a program that would hit three criteria: The wine would need to be under $18 a bottle, truly clean at every level — either organic or biodynamic — and taste amazing, hitting sommeliers’ standards of quality,” Green said. “Even getting two of those criteria, I don’t think there’s any other program that’s done it. To get all three — taste, quality and affordability — is totally unprecedented.” 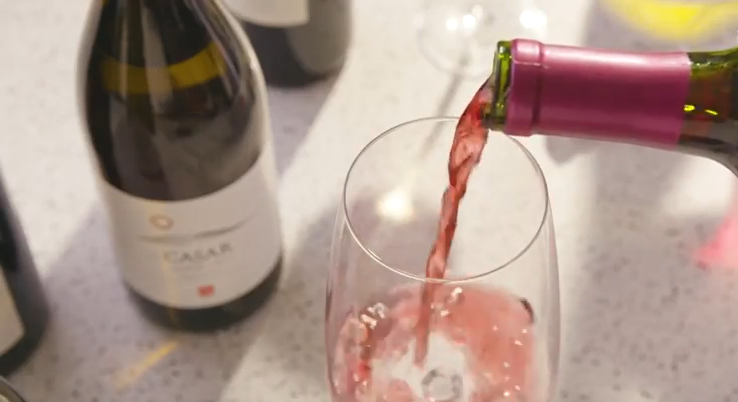 Nadel tested over 200 bottles per bottle that he actually chose for Thrive’s program, according to Green. “We’ve got a small number of family-owned wine makers, many of them that are doing small-batch [production] and have been making wine for generations, overwhelmingly in Europe,” he said. “It’s very hard to find any in the U.S. that hit these standards.”

Before making the wines available to all of its members, Thrive did a soft launch of the product with the Thrive Market Insiders, a group of about 8,000 of its most-engaged members. Green expects the clean wine program to have strong appeal beyond Thrive’s current membership and attract new customers to the online grocer.

“The real key for us is going to be the storytelling. We create an authentic experience that tells the story of each of these wines and winemakers,” he said. “You can see maps where the wines are produced, you can read about the actual processes used, you can read the story of the family that owns and runs the winery and you can see photos. We see it as an opportunity to educate consumers.”

Thrive already has plans to expand its clean wine catalog. In the pipeline are three or four rosé wines and then six- and 12-bottle bundles of red, white, rosé or a mixed selection.

“This is something people consume and really want, and it’s something where there’s a real gap in the quality and ethical standards and the supply chain,” Green added.

Wine marks Thrive’s second foray outside traditional packaged groceries. In April, the retailer entered the perishables category with the launch of Thrive Market Meat & Seafood. For the new line — which includes frozen beef, pork, poultry and seafood — Thrive assembled its own supply chain by partnering with small and midsize farmers and fishermen around the world that use ethical, sustainable and regenerative raising practices. Prices are up to 20% to 40% less than comparable items at competing retailers, according to the company.

“Meat and seafood has been a real success for us. When we launched, we had about 10 SKUs, but now we have about 20 bundles that we’re selling on our website,” Green said.

“One of our big hypotheses there was that people wanted to know where their meat comes from, who produces it and what their values are. And that’s really been borne out,” he noted. “More than any other product that we’ve done, meat and seafood was an opportunity to go deep on the supply chain and bring a new level of transparency to our members.”

Meanwhile, Thrive has enlarged its selection of own-brand grocery products, including new gluten-free baking items. “We’ve continued on the nonperishables side to expand the Thrive Market brand, which is now approaching 20% of sales and well over 400 SKUs,” Green said.

The retailer also is eyeing growth in other categories, especially building a bigger presence in frozen.

“The one that we’re working really hard on is an expansion of frozen. We’ve built out a fulfillment capability for frozen on the meat and seafood side, and we think that frozen is the next fresh. Frozen keeps nutritional quality higher for longer. It is more convenient. It doesn’t go bad in the fridge and, as a result, has less food waste. So we think there’s a huge opportunity to do other products in frozen, and we’ll be expanding the SKU base to hopefully include hundreds of products over the next six to nine months. And that will be everything from frozen desserts to frozen veggies and fruits to frozen meals,” Green said. “The one we’re probably going to launch first is frozen meals. That will give our members a convenient way to have fast, clean and organic meals at an affordable price, right from their freezer.”