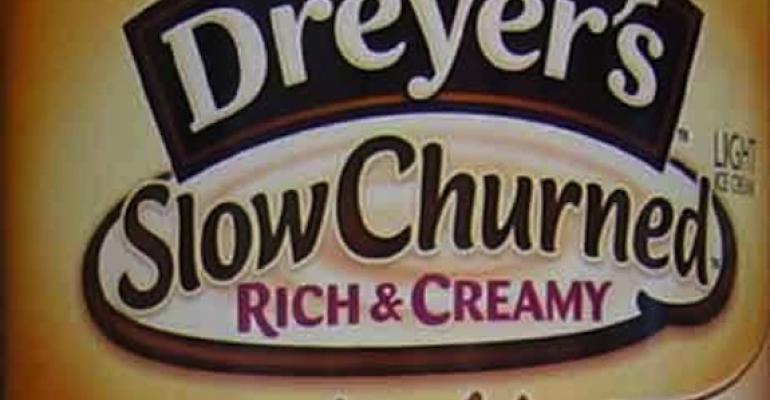 As noted in my most recent blog, with the slew of recent false advertising claims filed in California federal court challenging the use of “All Natural” on food labeling, it was only a matter of time before judges started deciding related legal issues and providing guidance on dos, don’ts and maybes.

I last reviewed Hairston v. South Beach Beverage Co., in which the court dismissed the plaintiff’s challenge to the use of “All Natural” on SoBe’s Lifewater product, a no-calorie, vitamin-enhanced flavored water drink. Here, I review the recently-decided Astiana v. Dreyer’s Grand Ice Cream, Inc., which also involved “All Natural” claims, but which produced the opposite result. 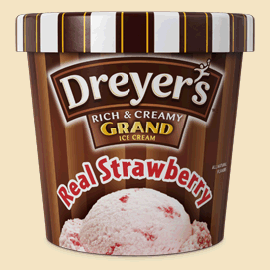 In Dreyer’s, the plaintiff challenged Dreyer’s use of “All Natural Flavors” and “All Natural ice cream” on certain of its ice cream products. The plaintiff asserted that such claims are false and misleading because (1) the ice cream actually contains between one and five artificial and/or synthetic ingredients and (2) one of the ice cream packages does not disclose that one of the ingredients, cocoa, was processed using a synthetic and/or artificial alkalizing agent, i.e., potassium carbonate, as opposed to a non-synthetic one (such as sodium carbonate or sodium bicarbonate).

After the court dismissed the plaintiffs’ claims under the federal Magnusson Moss Warranty Act for breach of warranty — reasoning the presence of artificial or synthetic ingredients in a “natural” product is not a defect under the Act — the court reviewed, and upheld, the core of the plaintiffs’ false advertising claims under California state law.

Like South Beach, Dreyer’s relied primarily on preemption arguments, asserting that federal regulations governed its label statements and that Dreyer’s complied with them.

But the plaintiffs in Dreyer’s argued that they do not seek to impose any standards beyond those set out in the federal regulations; rather, they rely on claimed violations of federal regulations and on California Business & Professions Code section 17200, which borrows violations of federal law and makes those violations unlawful under California state law. For example, the plaintiffs alleged that Dreyer’s violated an ice-cream-specific federal regulation that requires use of “flavored” or “artificial” or “artificially flavored” if the product contains artificial flavors, and that Dreyer’s use of “All Natural Flavors” further suggests all of the ingredients are natural, when they are not. The court agreed, noting that the phrase “All Natural Flavors” was not governed by the federal regulations Dreyer’s cited, and that a reasonable person could interpret that phrase to mean “all natural ingredients.” While the court was skeptical of plaintiffs “spin” on that phrase, it found that theory not “implausible” at this stage of the litigation.

With regard to plaintiffs’ challenge to Dreyer’s use of “All Natural Ice Cream,” Dreyer’s argued for dismissal on the grounds that (1) ice cream is not a wholesome or healthy food, (2) ice cream is not a natural food (i.e., one found in nature), (3) the label on its face indicates that only the ice cream itself is natural (i.e., the ice cream base) and not mix-ins to the ice cream, and (4) even if the mix-ins were considered part of the ice cream, a reasonable consumer would not likely expect that the cocoa was alkalized with a “natural” alkalizing agent, as opposed to the commonly used synthetic ingredient, potassium carbonate.

The court rejected all of Dreyer’s arguments, reasoning that plaintiffs do not argue that ice cream is wholesome or healthy, or that it may be found in nature, but instead that use of “All Natural Ice Cream” suggests that the entire ice cream product contains natural ingredients. The court also rejected Dreyer’s attempt to parse the ice cream base from the mix-ins, holding that a flavoring ingredient for ice cream may arguably be considered an integral part of the ice cream, and that Dreyer’s could not rely on the ingredient list “to ‘correct’ a false or misleading statement on the front of its packaging.”

Finally, the court rejected Dreyer’s argument that because potassium carbonate is commonly used in ice cream, its use here complies with an FDA advisory policy that states that natural means “nothing artificial or synthetic . . . has been added to a food that would not normally be expected to be in the food.”  58 FR 2302, 2407, January 6, 1993 (Emphasis added). The court held that just because an ingredient is commonly used by manufacturers, it does not mean that a reasonable consumer would expect it to be used; a reasonable consumer may not have the same knowledge as a commercial manufacturer; and, plaintiffs contended that natural ingredients are commonly used as well.

What are the takeaways from the Dreyer’s case vis-à-vis “all natural” claims? First, federal claims under the Magnusson Moss Warranty Act alleging that an “All Natural” product is defective are vulnerable to dismissal, potentially eliminating one quiver in plaintiffs’ arsenal of claims.  Second, California’s section 17200, which permits plaintiffs to “borrow” violations of federal regulations and state a claim under California law, remains a viable method turning alleged failures to comply with federal regulations into false advertising claims—seeking restitution of all or part of a purchase price of a product—by class members. Third, the FDA’s advisory policy regarding natural claims that suggests that if an artificial or synthetic ingredient “would normally expected to be in the food,” then use of “natural” is okay, must be viewed from the perspective of consumers; that is, unless a reasonable consumer “would normally expect” the artificial or synthetic ingredient to be in the food product, then a false advertising claim remains plausible under the law.

In my next post, I will compare the courts’ rulings in the South Beach and Dreyer’s cases, explain how the two courts came to the opposite conclusions, and discuss those and other decisions’ implications for food and beverage manufacturers facing “all natural” false advertising class actions in federal cour