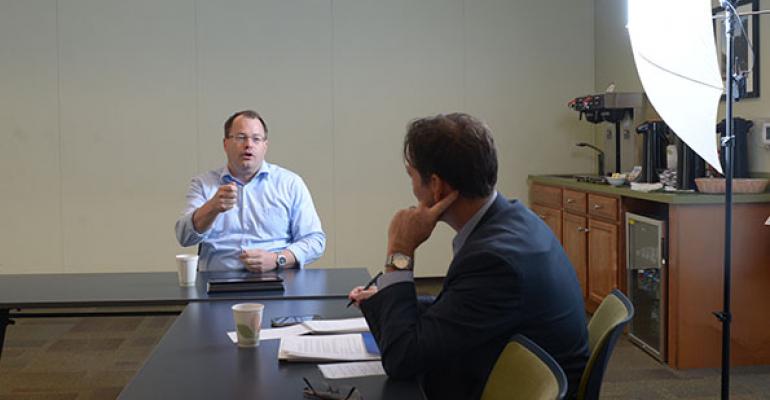 Behind the Ahold story

Jon Springer, writer of the story “James McCann’s ambitious vision: Ahold USA goes from ‘good’ to ‘great’” that published in SN last month, talks about his research for the story and his perspective on Ahold's positioning.

Below are excerpts from a conversation between Springer and SN Content Director Jenna Telesca.

Tell me a little bit about your trip. You went down to Ahold’s headquarters for the interview with James McCann?

No, I went to their Giant Superstore in Camp Hill, Pa., which is one of their bigger stores that has expanded their departments and their Nature’s Promise [private label brand]. There's a pharmacy, there’s a cooking school, there’s an upstairs area with meeting rooms, there’s a children’s play area and a wifi cafe and all that stuff. That wasn’t their newest store, but it's one of their bigger, higher volume stores that’s near their headquarters.

It sounds like the new Ahold strategic plan was created before James McCann got there. (Read about Ahold's strategic plan here.) Is he putting his footprint into this?

I think he is putting his footprint inasmuch as he’s got experience having done similar stuff with Tesco before he got to Ahold. He worked for a year in the Netherlands where they were a little further along with this program. He helped develop it with Dick Boer there, and he also … in his role he was charged with imagining their digital future there. So he had given a lot of thought to what role digital shopping is playing and that’s a big part of this thing [strategic plan], too.

They [Ahold] are really trying to integrate digital and physical as much as any company — sort of the way that Walmart is talking about doing that, too.

Ahold has a pretty good lead in that here, although they don’t get a lot of credit for it. Two hundred some stores, I think you can pick up your groceries at your store and they have a couple off-site pickup sites now. They’ve built one at a former gas station and that one is apparently doing pretty well.

It’s tapping into this idea of the ubiquitous-ness of the smartphone [can] actually aid your everyday grocery shopping. There’s some cool stuff in the long form interview where he talks about how his perspective on that is informed by looking at the history of interactive technology as a series of improvements in the interface — going from the telegraph tapper to the punch card to the mouse to the finger on a screen today and the next movements going to wearable technology like Google Glass. … He pointed out that among the reasons that people who use Google Glass would use them would be because it would free up your ability to shop better. You’d be able to find products in the grocery store easier. It also takes the phone out of your hands so you can shop; you can check prices.

Does Ahold have wifi in their stores?

They've made a decision to roll out wifi across all of their stores. I don’t know if they are done with that yet.

That’s smart because whenever I pull out my phone [while grocery shopping] half the time I can’t look up anything because there’s no wifi.

Since this is the early stages of the strategic plan, did the changes impact Ahold’s Q2 numbers at all?

What he [McCann] said was that in these store they introduced these changes, they are beginning to see volumes increase, but at a faster rate than they are seeing dollars increase because one, they are getting less because the prices are less there and also because it takes an unspecified amount of time for these investments to take hold of the shopper. They can’t just say “we’ve lowered prices,” and everyone believes it. People have to see it and buy into it.

Is there anything else that you wanted to point out from the interview?

In general it was an interesting look into a company and their strategy. And really, what it reminded me of a lot, was when — I looked this up — in 2004, 10 years ago, I went out to Cincinnati and talked to Don McGeorge who at that time was the COO of Kroger. And they were more or less in the same point of their program that Stop & Shop was today. They [Kroger] were facing erratic earnings, they were in this program of cutting prices and doing things that the industry thought were pretty radical at that time.

What Kroger did was basically say: "With Walmart coming in with prices that are 30% lower, we just can’t live on the prices that we used to live on, so we’re going to make a plan to live on lower margins. How are we going to do that?" And that’s sort of how they came up with this strategy.

It reminded me a little of that. They were in their early stages then. Like I said, they’d begun to get some sales traction out of the first bits of the investment they were doing, but they knew they had a lot more to get to.... Pretty similar.