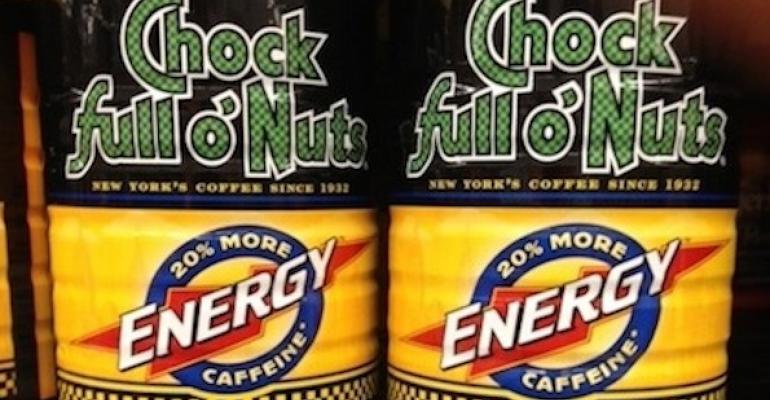 There’s been a coffee pot-full of adverse news about caffeine lately, mostly centering on reports of deaths in which the deceased was known to have consumed energy beverages prior to falling ill.

Yet, the demand for this stimulating ingredient is far from dying. In recent weeks, Frito-Lay announced plans to roll out a caffeinated version of the iconic Cracker Jacks popcorn snack, to be called Cracker Jack’d (which sounds slightly ominous, part of a lyric from an Eminem song). 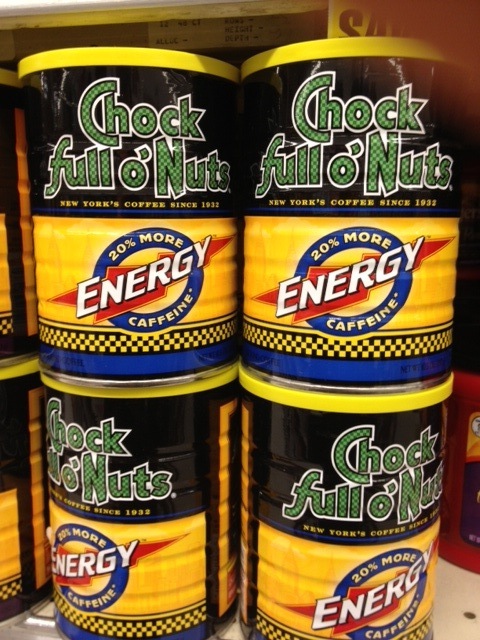 Even coffee itself isn’t immune. This naturally caffeinated beverage is getting an extra shot in a brand extension from Chock full o' Nuts (see photo). The coffee boasts 20% more caffeine per cup.

Product introductions of this sort would seem to fly in the face of the public outcry that erupted after the Food and Drug Administration confirmed it was investigating a number of “adverse event” reports involving some of the biggest names in the energy drink category. These "events" include deaths linked to consumption of the beverages, in which caffeine is a critical and common ingredient.

The cross-pollination of caffeine with unlikely products does raise concerns. As calories are to a person on a diet, those with conditions that are sensitive to caffeine will have to start tracking how much they consume during the day — a situation made more difficult since the ingredient is showing up in some odd places.

This all gets to the main point. A colleague of mine at our sister website NewHope360.com stated in her blog that the “public and media outcry over caffeine levels in energy drinks seems to greatly outstrip the danger.”

Yesterday I moderated a webinar on high fructose corn syrup. Study findings discussed during the presentation found that consumers aren’t necessarily looking for HFCS-free products on store shelves. Presenters cited companies like Hunt’s, Capri Sun and others that switched back to HFCS after experimenting with products made with sugar.

It’s not the ingredient that bothers consumers, but the amount of it in the product. In the case of sweeteners, shoppers aren’t as concerned about the presence of corn syrup as they are about added sugar in general.

Had the topic been caffeine, I gather the conclusion would have been the same. If caffeinated foods and beverages sell well, more power to them. But let the buyer beware. Loading up on them without checking the label may provide the kick — literally — of a lifetime.