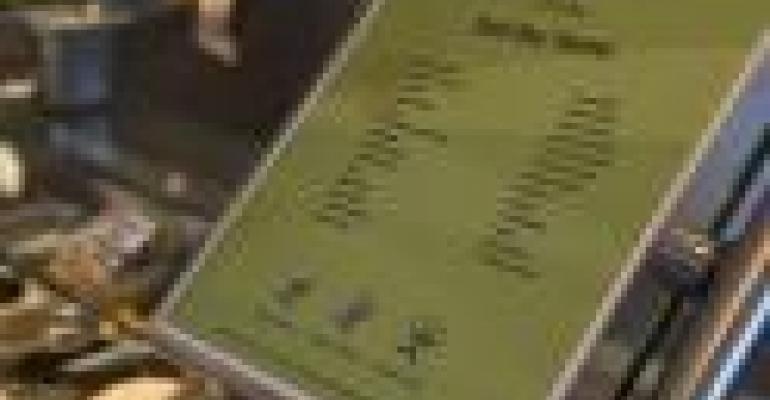 The publication of the algorithm that powers the Guiding Stars nutrition rating system comes at a time when government regulators, public health professionals and the food industry are thick in the debate over a single, national standard. A panel of independent experts recently turned over its recommendations to the Food and Drug Administration, an event which caused all the other labeling initiatives — Facts Up Front, NuVal and Guiding Stars — to sit up and take notice.

The Guiding Stars formula, published in the most recent issue of the American Journal of Health Promotion, recently received patent protection — which is one reason it could be published at this time.

Guiding Stars LLC, the entity formed to oversee and market the system to retailers stated they’re making the formula available in the name of transparency, further simplifying “the process of choosing healthier foods in all areas of the supermarket.”

No doubt there are a few consumers on the wonkish side who may actually look into the numbers and how they’re crunched, but the vast majority will remain content to simply follow the zero-to-three star ratings that appear on the shelves.

Suffice to say that when the Guiding Stars people say the algorithm “is grounded in evidence-based science and the most current dietary guidelines and recommendations of leading national and international health organizations, such as the FDA and USDA,” that’s all most consumers need — or want — to know.

There is a very real benefit for manufacturers and retailers, however. A dietitian from Hannaford Supermarkets, the Delhaize America-owned banner that created and first introduced Guiding Stars back in 2006, told me that publishing the formula is the best way to get food makers to change their ways.

“It’s a fantastic thing to do,” said Michelle Mix, one of Hannaford’s nutrition coordinators. “This way, food manufacturers are able to revise their formulas to meet the specific guidelines.”

For example, Guiding Stars is very strict on sodium. “Sometimes when there is a frozen product, for instance, it may not meet the guidelines for Guiding Stars just because of the sodium content,” she said.

Now the manufacturer (including private label) will have an opportunity to know where in the formula they failed, and have a chance to remedy that in order to secure an additional star or two — or three.

It’s lost on no one that the hypothetical label delivered to the FDA by the independent expert panel includes a three-icon component almost identical to Guiding Stars. By publishing the algorithm, Guiding Stars is showing consumers, the industry and the FDA just how qualified it is to become the nation’s single nutrition standard.