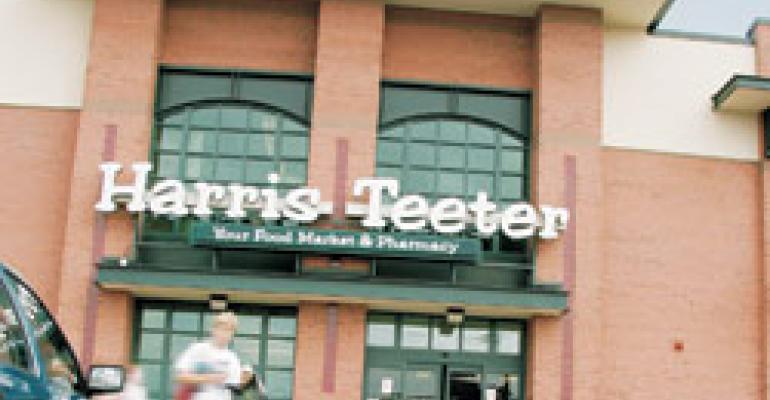 Just last week, Safeway announced new guidelines for proteins, and today, Harris Teeter said it, too, would be adopting almost identical standards and give buying preference to suppliers who use humane poultry slaughter methods; forego the use of sow gestation crates; and farm cage-free eggs.

The move comes after representatives of People for the Ethical Treatment of Animals stated their intention to speak out about the company's lack of initiative at the company's annual meeting tomorrow.

The policy changes will be phased in. Harris Teeter will increase its purchase of chickens killed by controlled-atmosphere slaughter systems by 5% over each of the next three years; increase the amount of pig meat that it purchases from suppliers that are phasing out gestation crates by 10% in 2009, 15% in 2010, and 20% in 2011; and increase the amount of cage-free eggs that it sells to 9% by 2009, and work toward increasing that amount to 12% in 2010. The eggs will be marketed as a new line of Harris Teeter-branded cage-free eggs.

The question becomes why are threats needed to get the industry to change? It's as if retail executives need a captive-bolt stunner held to their heads before buying policies are updated. The most recent recall — the largest in U.S. history — resulted from an undercover video taken by the Humane Society of the United States. The disturbing footage of downer cattle being prodded with bang sticks and pushed with forklifts is well-publicized and was featured on news programs.

Safeway and Harris Teeter are just ahead of public opinion in changing their animal welfare guidelines. One look at images like that and we won't need activists. The next voices we hear will be consumers themselves.