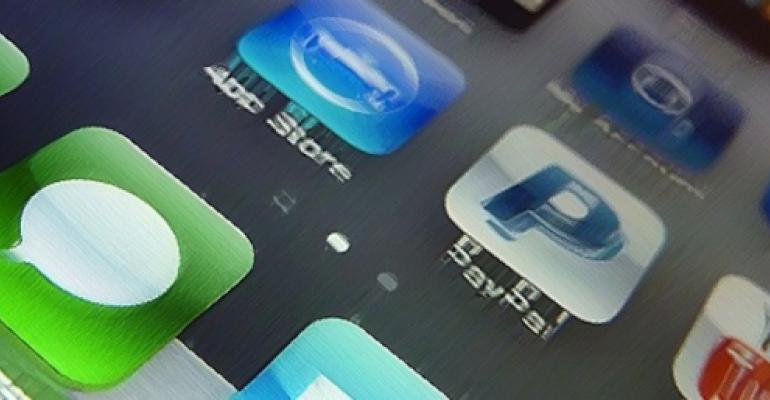 If you don’t have an app for your company or service, find a reason to develop one. A survey by digital media analytics firm Flurry determined that more than 1.7 billion applications for iOS and Android smart phones were downloaded during the week between Christmas and New Year’s Day. It’s the most ever for this time period.

The stat is a global figure, but nonetheless it’s skewed towards Western countries that observe the holidays. The United States topped the list of countries for downloads that week, with 604 million apps transferred onto mobile devices, followed by China (183 million), the United Kingdom (132 million), Germany (57 million) and France (54 million).

Why such a tremendous volume during the holidays? That’s when a lot of people get new phones as gifts and activate their devices. It’s no surprise, then, that Christmas Day itself saw 328 million app downloads, another record-breaking number.

“Following a year where Google and Apple drove unprecedented adoption of mobile devices, Facebook declared itself a “mobile” company, and Amazon and Microsoft both made significant investments into mobile computing, we look forward to continued record-breaking adoption of smart devices and applications,” stated Flurry’s own blog post on the findings.

Of course, apps need to have a honest-to-goodness application. It should serve a purpose or provide a service, enrich the shopping experience in some way and demonstrate the company’s sophistication. In other words, don’t develop an app just so you can say you have one. Apps are no different from all the other planets in the digital constellation. They need to have a legitimate reason for their existence — just like a Facebook page or a Twitter account.

Similarly, apps need to be aggressively marketed, maintained and updated. For companies of any size, this might be the time to start thinking about hiring a digital guru or working with an outside firm to get things rolling.

One thing is for sure: A cogent, relevant app is golden as a brand extension and a rep for your company.

And, they’re here to stay. Looking forward to 2013, Flurry is projecting that “the trend of one-billion-download weeks to become the norm, and that the industry will surpass the two-billion download week during Q4.”

In other words, your deadline to get caught up in the wave is next Christmas.