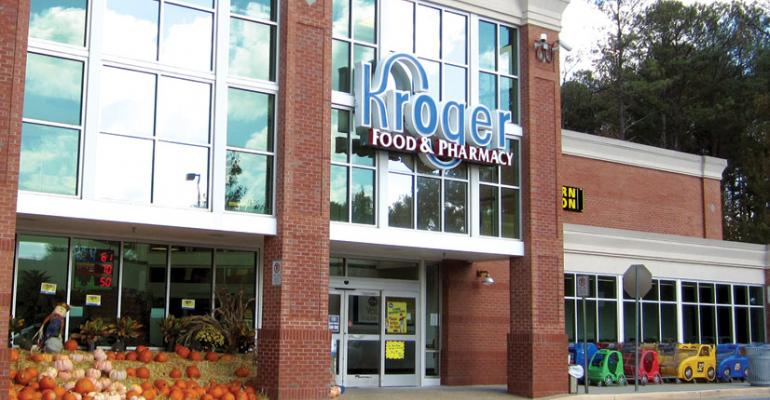 How being too late and selling too little will help Kroger win, again

Sell to you? I hardly even know you.

In so many words, that’s been Kroger’s posture when it comes to e-commerce. While the Cincinnati-based grocery giant has spent a decade separating itself from peers with leading strategies around supermarket basics like loyalty, pricing and service, it was a seeming laggard in the e-commerce world: Beyond a rarely-discussed Internet shopping experiment in Denver and off-and-on flirtations with partners like Peapod over the years, it seemed as though Kroger was content winning sales in the physical world and leaving the digital battlefield to the more intrepid.

Turns out that was the plan all along.

While Kroger still isn’t doing a whole lot of sales on the Internet, the foundation upon which it could build sales might surprise you.

“Maybe we were unconventional a bit in our thinking on this, but rather than focusing on e-commerce as the core of a digital strategy, we really thought it was critical to first establish what we call a digital relationship with our customers,” Kevin Dougherty, Kroger’s group vice president of digital, said in a presentation at Kroger’s analyst meeting this week. “And that is a basic concept that we thought would, over time, enable us to have millions of unique communications with each of our customers.”

These communications cover things like shopping lists, recommendations and presentations of weekly store specials reflecting a customer’s shopping habits as determined by loyalty data. Because these things have proven value for shoppers in the real world, Kroger reasons, customers are more willing to accept them in the virtual world. And Kroger doesn’t come off quite as desperate as some of its e-retailing peers.

“In a day when most of the email that is sent by retailers is typically ignored and usually quickly deleted, we really … are focused on making each of these touch points more relevant,” explained Matt Thompson, director of digital and ecommerce for Kroger. As a result, Thompson said, response rates to Kroger’s virtual offers are three to five times greater than industry averages.

As Kroger finally turns its attention to digital sales — with eyes on expanding both the Express Lane click-and-collect model it reeled in with Harris Teeter, as well as newly acquired vitamin and supplement e-tailer Vitacost — Doughtery says Kroger has “a late arriver advantage.”

“We get to lever the investments and learnings of lots and lots of other people,” he said. “And we’ve gone to school pretty heavily in the last several years on this regard.”