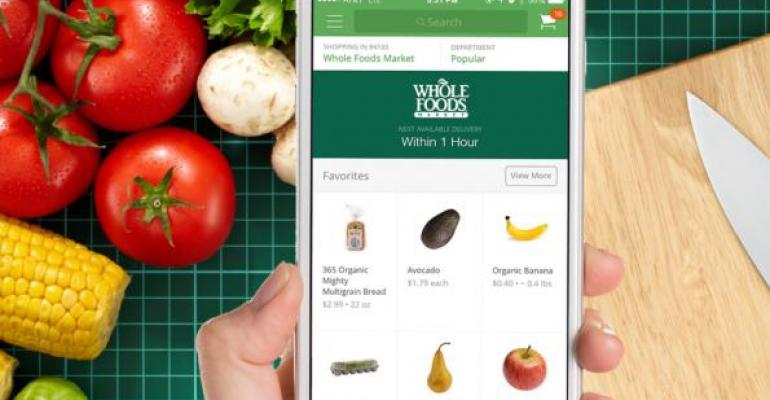 Hailed as “America’s Most Promising Company” in 2015 by Forbes, Instacart is an interesting take on online grocery delivery. Instacart uses the sharing economy-based business model to connect personal shoppers with customers, and its relatively low costs allow it to scale to other markets with impressive speed, launching in some cities in a matter of two weeks.

How much does Instacart mark up in-store prices?

According to Instacart’s website, Instacart charges the same in-store prices for some retail partners (e.g., Whole Foods) but a “15%+” markup for others (e.g., Costco). Instacart explains that “the average price of items on Instacart is 15% higher or more compared to the average price of that retailer in your local area.” The “15%+” markup is also used as one of Instacart’s mechanisms to highlight their grocer partners from non-partnered grocers.

The recent price changes and relatively high markups are strong indicators that Instacart does not aim to be a price leader in the online grocery industry. Instead, Instacart may focus on delivering value through convenience and a focus on customer experience.

Given Instacart’s rapid market expansion, it is important for retailers to understand how Instacart is recalibrating online grocery pricing at a local level. To stay on top of the trend, grocers may want to take the following steps:

Grocers can better understand their competitive landscape by monitoring competitor prices through Instacart. As Instacart continues partnering with more and more retailers, local pricing for some retailers is now transparent (or semi-transparent) for the first time.

Some retailers’ financial models depend heavily on membership fees (e.g., Costco). But Instacart helps some shoppers circumvent the membership fees, since shoppers do not need to be members to shop there.

Grocers can better understand how much they may be losing in potential membership fees by monitoring Instacart’s markups.

Like the broader online grocery market, Instacart continues to evolve. Visit Profitero’s knowledge center for more analysis of Instacart and other emerging players like Jet.com.