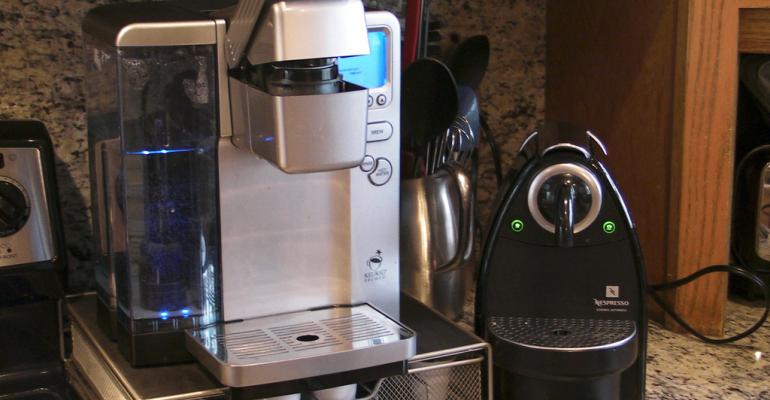 It wasn’t too long ago that we were writing in this very blog about the strength of the coffee category. Well, it’s time for a second cup. 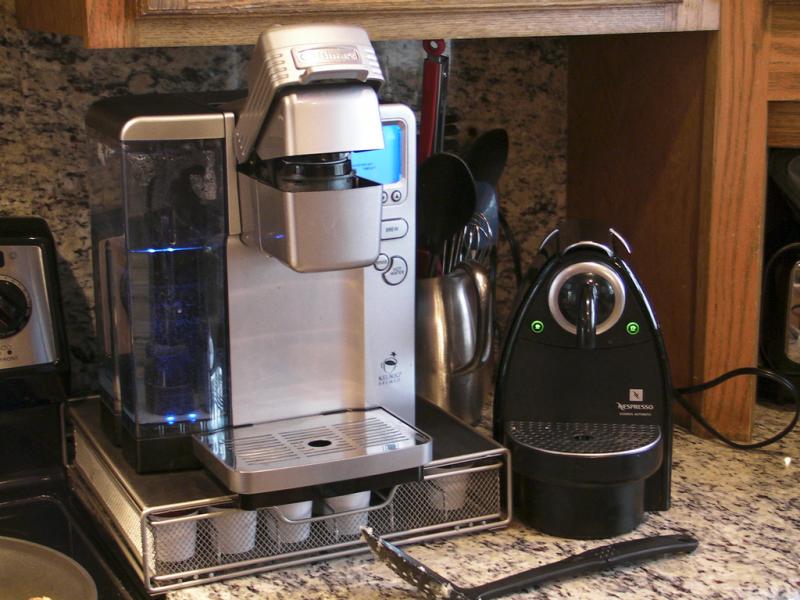 Things are perking up again. Wal-Mart announced that it will soon introduce a single-cup brewing system exclusive to its shelves. Analysts expect the machine will compete directly with the dominant fixture in the category — the Keurig k-cup brewer, owned by Green Mountain Coffee Roasters. GMCR, which recently reported a very strong Q1. Approximately 90% of the company’s net sales were from anything connected with the Keurig system.

“We assumed this year would be about earnings rather than beginning with accelerated momentum,” Scott Van Winkle, an analyst who follows the company for Canaccord Genuity, wrote in an investor’s note.

He was referring to sales momentum during the quarter, which included the all-important holiday season. GMCR sold 4.2 million brewers, nearly double Van Winkle’s forecast of 2.8 million. Similarly, K-cup unit sales rose 81% versus his forecast of 62%.

Coffee has been singled out as a natural way to fight diabetes, high blood pressure, and even some cancers. Most recently, research indicated that caffeine consumption seems to slow down fibrosis in those suffering from nonalcoholic fatty liver disease.

But health isn’t driving growth. Convenience is. A recent study from Mintel found that 17% of respondents stated their preference for single-cup brewers, and 79% of those stated that they use the appliances because they’re convenient. Some 60% like the idea of making a fresh cup every time, and nearly as many (55%) like the variety of brands and flavors available in pod form. In her note to investors,

Well Fargo analyst Bonnie Herzog reports that k-cups made up nearly 18% of the overall ground coffee category over the past month, up from 16%. “This is despite higher average K-Cup prices this month vs. last and a lower average percentage of K-Cups sold on promo,” she wrote.

What’s more, k-cup sales are cutting deeper into sales of regular bagged coffee as marketshare shifts to the cups, pods and sachets that make up the top players in the single-serve category.

The Mintel study does cite cost as one primary actor preventing more people from installing single-serve brewers on their kitchen countertops. That’s where the Wal-Mart version might have the biggest impact. By selling its own version of a single-serve coffee machine, the low-cost retailer is likely to accelerate growth further — and faster — when the appliances hit stores this spring.