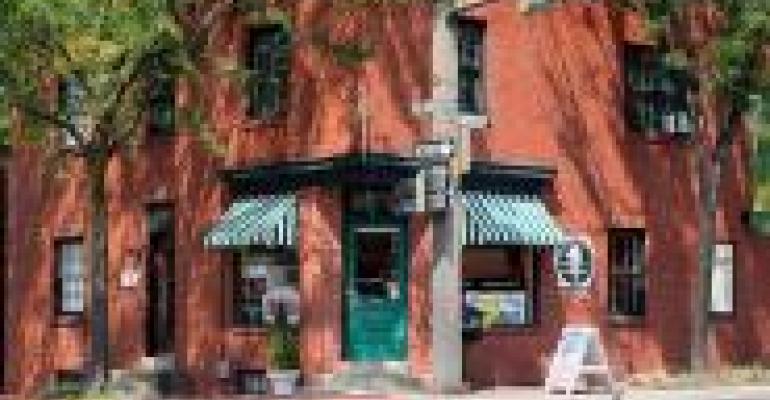 Kids at the Corner Store

Every afternoon when the dismissal bell rang, we'd grab our empty lunchboxes and homework-heavy bookbags and politely obey the crossing guard before the magnet pulled on the pennies, nickels and dimes in our pockets and drew us irresistibly to the corner of Hudson Street and Duncan Avenue.

That's where Al's Market was located. Inside, Al presided over a whole counterful of candy, gum and trading cards. This was his rush hour, and he was always ready, sitting on an old stool in his ubiquitous white dress shirt and black suspenders, a friendly old guy who ran the tiny storefront with his wife, who would pop out of the back and help preside over the sudden tide of youngsters that would flood the old wooden boards and homemade fixtures, without fail, five days a week at 2:30 pm.

Al's was small, outdated and old-fashioned (and not pictured here), but he sure knew how to merchandise to his primary customer: No category management best practices or planograms here. Al seemed intuitively to know exactly where to place the candy and snacks: Right at second-grade height. Good 'n Plenty, Snickers, Chunky and for the truly sugar-deprived, Charleston Chew, a seemingly foot-long bar of chocolate and nougat that was the length of a band practice drumstick. There were also Topps baseball cards and Wacky Packs, too. And bags of chips and grape Nehi and RC Cola in a small reach-in cooler.

Those are fond memories. It's likely that all of us had a corner store to look forward to after a grueling day of multiplication tables and kickball, right? But things seem to have taken an ominous turn somewhere. A new report out shows that children in Philadelphia who attended public schools and shopped at corner stores before or after school purchased almost 360 calories of foods and beverages per visit. According to the study, funded by the Robert Wood Johnson Foundation, "Chips, candy and sugar-sweetened beverages were the most frequently purchased items. This is the first study to document both what foods and beverages children purchased in local corner stores on their way to and from school, and the nutritional content of those items."

Among the findings researchers from Temple University and The Food Trust reported:

-- More than 53% of students reported shopping at corner stores once daily, five days per week.

-- Nearly 29% of the students surveyed shopped at corner stores both before and after school, five days per week.

-- On average, children spent a little over a dollar to purchase 356 calories of snack food and/or drinks during each visit. With just a dollar, children could buy an 8-ounce beverage, a single serving bag of chips, an assortment of candy and gum, and a popsicle.

-- Chips were the most frequently purchased item, accounting for about 34% of all items purchased, followed by candy, sugar-sweetened beverages and gum.

“It is troubling that so little money buys so many calories," observed lead researcher Kelley Borradaile, from the Center for Obesity Research and Education at Temple University. "Corner stores are an important part of the urban landscape, and they have a significant impact on the amount and quality of calories children consume.”

The study, “Snacking in Children: The Role of Urban Corner Stores,” is actually part of a larger national initiative focusing on helping store owners in lower-income, urban neighborhoods to stock fresh fruit and other healthful snacks.

I wonder how you're going to get a kid to choose an apple over a candy bar. Is 350 calories a terrible amount? For certain, the types of calories could be better and, hey kids, let's not hit the store two times, every single day... but 350 calories out of 2,000 daily calories doesn't seem like a tremendous blow to the diet ‑ provided it's consumed in moderation. Left unsupervised, kids are unlikely to pass the brightly colored wrappers of their favorite snacks for the fruit display, unless Mom is standing there, or a teacher, or some other marm.

Home and school remain the best place to supervise young diets. If what's learned there spills over into the free marketplace of the corner store, all the better. I understand that K-8 kids in the inner cities might not have the best home lives, the most healthful meals, and are already up against tremendous odds in life. And I know my halcyon memories are probably denying the tummy aches that surely, occasionally occurred.