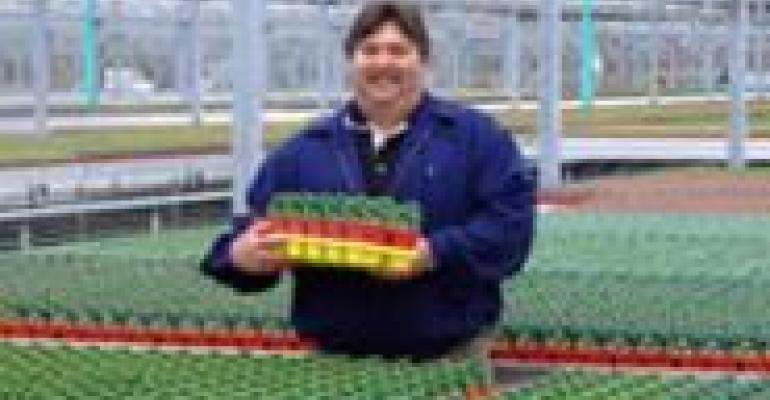 Last autumn, we had the chance to sit down with Meijer co-chairman Doug Meijer and president Mark Murray. At the time, the Grand Rapids, Mich.-based chain had just been given the SN Whole Health Enterprise Award for its leadership in bringing health and wellness to mainstream consumers.

One of the reasons Meijer got the award was its ability to broaden the concept of wellness beyond food and extend it into less-obvious departments. Since Meijer operates a supercenter format, there were plenty of surprises. Murray noted that even the chain's garden center contributed to the customer's wellness because it promotes activities that create peace of mind and a sense of well-being.

Meijer will take the idea one step further this spring, when it starts selling 1.3 million certified organic potted vegetable and herb plants in all of its nearly 200 stores. The plants come from a brand new, four-acre greenhouse built by Elzinga & Hoeksema Greenhouses, one the the region's largest commercial greenhouse growers.

The facility, located in Kalamazoo, Mich., will open next week, and help Meijer add another dimension to its umbrella concept of wellness. Mark Elziinga (shown above in the greenhouse), notes the facility produces 1000 gallons a day of compost tea to feed the plants, and uses eco-friendly geothermal and solar power technology.

Study after study has been telling us that consumers want to get closer to the sources of their food. Researchers point to the popularity of farmer's markets and community supported agriculture co-ops. Thanks to Meijer, they can add the backyard garden. And that's about as close to your food as you can get.