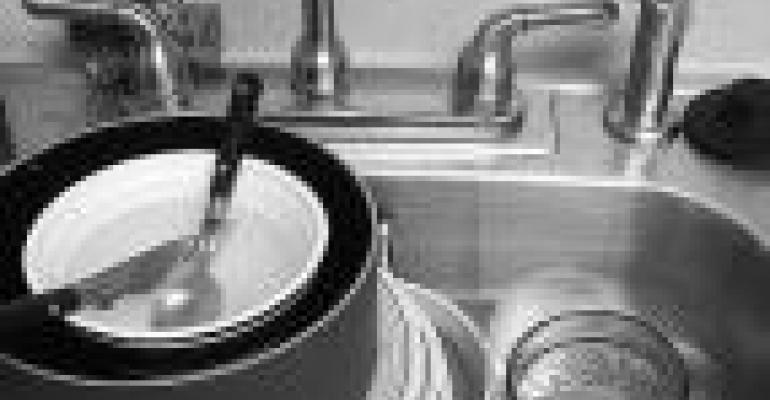 For green lifestylers, phosphates are posing quite a dilemma. The inorganic chemical is the active ingredient in many cleaning agents — particularly automatic dishwasher detergent, and therein lies the problem.

Spokane County, Wash., has banned the sale of detergents containing phosphates since last July, in an effort to protect water supplies (among other things, phosphates are notorious for promoting algae blooms and similar, aquatic life-snuffing stunts).

However, the non-phosphate brands of dishwashing soap just don’t seem to be cutting it — neither grease nor grime. According to a story from the Associated Press, people have been opening their dishwashers to find food, grease and stains still stuck to their plates. Most of everything needs to be rewashed by hand.

As a result, frustrated consumers (eco and otherwise) have taken to traveling outside of the county to smuggle in conventional favorites like Cascade, Electrasol and the appropriately named Pure Power. A Costco store in neighboring Coeur d'Alene, Idaho, reports a 10% increase in sales of these favorites, and the running joke is, “Don’t tell me. You’re from Spokane, right?”

Retailers offering green private-label cleaners and manufacturers of green brands like Ecover, Seventh Generation, Biokleen and Sun & Earth might soon be facing the same challenge. According to the AP, the ban will be expanded to all of Washington in July 2010, and similar laws are due to take effect in several other states.

In the meantime, environmentally-minded, automatic dishwasher users are bummed out, trying to decide which is worse: Using phosphates or using twice the amount of water to rewash everything.

Check out this list for a look at how different detergents stack up.