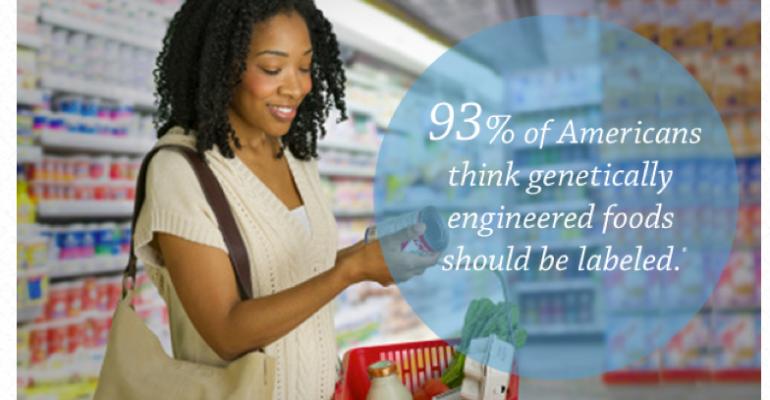 There’s never a dull moment in the non-GMO camp. In the past few months we’ve seen a march on Washington followed by the second annual Non-GMO Month in October, which saw participation from hundreds of food companies. Now the movement is on to the next statement, and this one might be its boldest yet.

The “Just Label It” campaign aims to do no less than convince the Food and Drug Administration to label GMOs. Headed by some leading names and companies in the whole health industry, including a newly dedicated Gary Hirshberg, it’s well on its way towards making a big-time appeal, with more than 500,000 signatures already secured in a petition to the FDA.

The pitch, outlined in this video by Robert Kenner (of “Food Inc.” fame), is that GMO labeling is a fundamental right for consumers.

The argument is a persuasive one. Note how it points to 50 other countries, including China, that have agreed to label GMOs. It also effectively makes parallels to similar movements and compares GMOs to other ingredients that now require labeling, like trans fats and food allergens.

And it makes its case without equivocating or displaying any of the insecurities that have haunted similar movements. Consumers have a right to safe, transparent food, the campaign argues, and they're very concerned. An ABC News poll shows 93% of consumers would like to see GMO labeling, while a recent Mambo Sprouts survey shows 56% of natural product consumers plan to increase their focus on non-GMO foods this year.

In many ways, the message represents a new paradigm in whole health marketing. Not content to remain an alternative for enlightened shoppers, non-GMO advocates have positioned the measure as a legislative must-have. It’s a culmination, in many ways, of the growing frustrations consumers have with the industrial food system. We didn’t ask for any of this, the reasoning goes, and it’s our right to opt out.

Despite all the momentum, Just Label It faces an uphill battle in convincing the overworked FDA to commit more resources. They’re also facing stiff headwinds from food manufacturers, who are loath to see their costs increase.

Retailers don’t have to wait for federal action, though, and many haven’t. Meijer, Whole Foods and Fresh & Easy have all submitted private label lines for non-GMO certification. Other retailers would be wise to follow suit. The involvement can be as little as stocking a few certified products, or it can be a lot, like certifying your stores. But it shouldn’t be inaction.