While consumers know they should purchase healthy foods, that’s not always what ends up in the shopping basket. Some retailers take extra steps to nudge customers toward purchasing the more nutritious items. But how effective are those nudges? 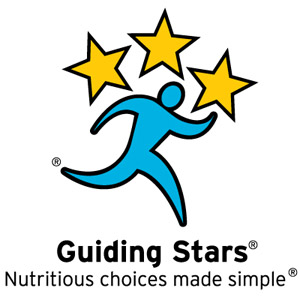 A recent study conducted by the U.S. Department of Agriculture, the Food and Drug Administration and the University of Florida found Hannaford Supermarkets’ Guiding Stars program successfully increased purchases of recommended items and decreased purchases of foods not included in the program, according to CBS News.

When comparing Hannaford to stores not using Guiding Stars, the study found sales of cereals with no stars fell 2.58% more while cereals with one to three stars climbed 0.5-1% in the first 20 months of the program.

Those numbers may seem small, but when considering the amount of cereal sold in the U.S. the consequences could be meaningful, the researchers said.

A new program in the U.K. goes a step further than Guiding Stars by calling out the bad-for-you products as well as the healthful ones. A government-designed traffic light labeling system — where foods are designated red, yellow or green depending on salt, sugar, fat and calorie totals — rolled out at all the major supermarkets in June, The Mirror reported.

Though much celebrated by many groups in the U.K., the program could create problems with the E.U., as the Italian government worries its country’s products will be unfairly maligned, according to ESM Magazine.

Back in the U.S., members of the restaurant industry discussed their efforts to promote healthy options at the Produce Marketing Association’s Fresh Summit show in New Orleans earlier this month.

At Walt Disney Parks and Resorts, a program to make healthy foods the default option for kids’ meals has led to 50% of diners choosing the healthy side option and 70% picking a healthy beverage, according to Kara Cressey, manager of health and wellness strategy.

“And I think with calories coming on the menu it’s really going to enable people to take a second look and have a more educated feel towards really what they want to do in that [eating] occasion,” said Dolven.

Whether consumers are rushed for time, ill-informed or just don't care about the calorie content, they are unlikely to always make the most healthful food choices without a little guidance. Changes to consumer behavior may be small at first, but it's clear these supermarket and restaurant programs have a role to play in influencing healthy purchases.