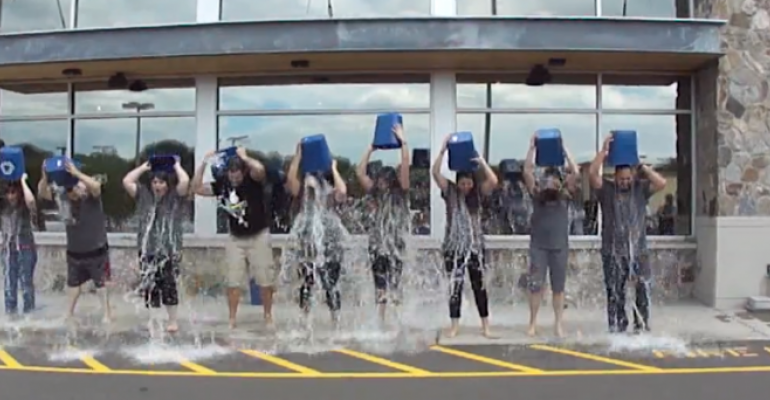 Supermarket executives and employees have not been immune to the Ice Bucket Challenge, which asks participants to dunk themselves with ice water and post social media videos in order to raise money and awareness for the ALS Association.

Price Chopper’s Jerry Golub, president and CEO, and David Golub, SVP e-commerce and government relations, took the challenge in honor of their father, Lewis, who passed away from ALS five years ago.

Employees of various Whole Foods locations have been passing on the challenge to associates at other stores. One employee at a store in West Hartford, Conn., took the challenge to a new level by placing herself in the bucket.

Employees at the Whole Foods in Fairfield, Conn., responded with a line-up of nine participants.

The store manager of a Mrs. Green’s in West Windsor, N.J., also accepted the challenge, which was posed by one of his employees.