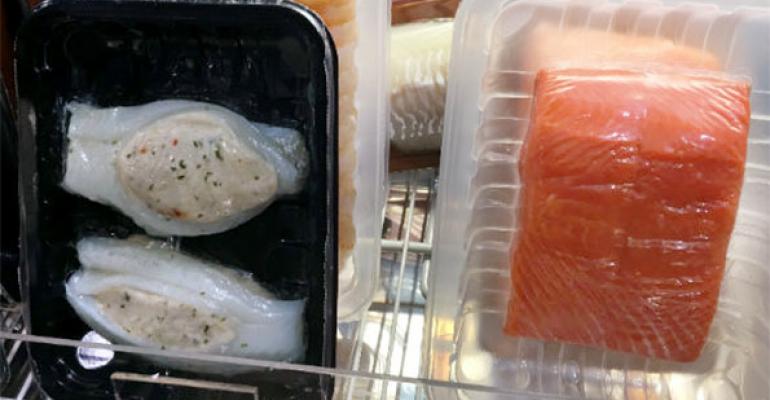 Supermarket seafood departments need to make some big changes in order to increase sales beyond the current average of 1.8% of store sales, according to a panel of former retailers from Ahold, Kroger and Kings Food Markets.

Large retail chains “often aren't delivering what they ought to deliver,” said Phil Walsh, VP of business development, Alfa Gamma Seafood Group, during the session “Retail Seafood – The Problem and the Cure.”

“I don't think that you could buy seafood off the counter of one of the seafood departments in a large national chain 20 times in a row and not have an incident.”

Unlike in the meat department, seafood buyers cannot buy seafood based on the lowest price, said Chuck Anderson, principal, Retail Seafood Consulting. The most important thing is quality followed by service and then price.

Buyers should also look at what the market is offering and what consumers want rather than buying the same items year after year, Anderson said.

Another important factor in keeping seafood fresh in the service case is to use the older style of cases rather than newer curved cases that tend to dry out the fish, said Walsh.

While training is key and often not realized in the seafood department, Walsh said a way to make sure customers are still getting all the information they need is to create detailed signs for every product. He suggested each sign contain where and how a fish was caught or raised, recommended cooking method, flavor, price and the word “boneless,” as bones are among the top reasons customers don't buy seafood.

Panelists said a service case is often not worth the effort in the seafood department. The minimum threshold for having a service case should be $15,000 a week in sales, said Tom DeMott, CEO, Ignite Farm Sales. He added that a well-run self-service case can make almost as much profit as a service case even though sales will be much lower.

Stores that do have a service counter should limit the number of items in the case, said Tony Ruccio, president, TPR Sales & Management. At the same time, the case needs to have one or two rotating items a week to give customers some variety and get them excited about the seafood department.