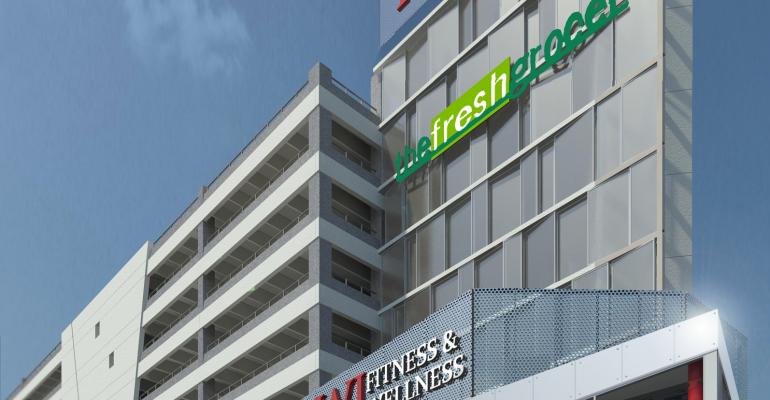 Back in 2005, our print publication Whole Health named Ukrop’s Super Markets in Richmond, Va., the first-ever recipient of the Whole Health Enterprise Award for excellence in health and wellness marketing. The small chain was a visionary when it came to connecting shoppers with health and food — literally. The store we toured with CEO Bobby Ukrop had a YMCA gym upstairs, and a suite of doctors’ offices just inside the front entryway.

The scenario almost seemed to be ahead of its time, and in some ways, it was. Ukrop’s was sold in late 2009 to Ahold-owned Giant of Carlisle, and the Ukrop’s stores were renamed Martin’s.

Seven years later, the timing might be just about right, evidenced by the opening of Wellness Plaza. 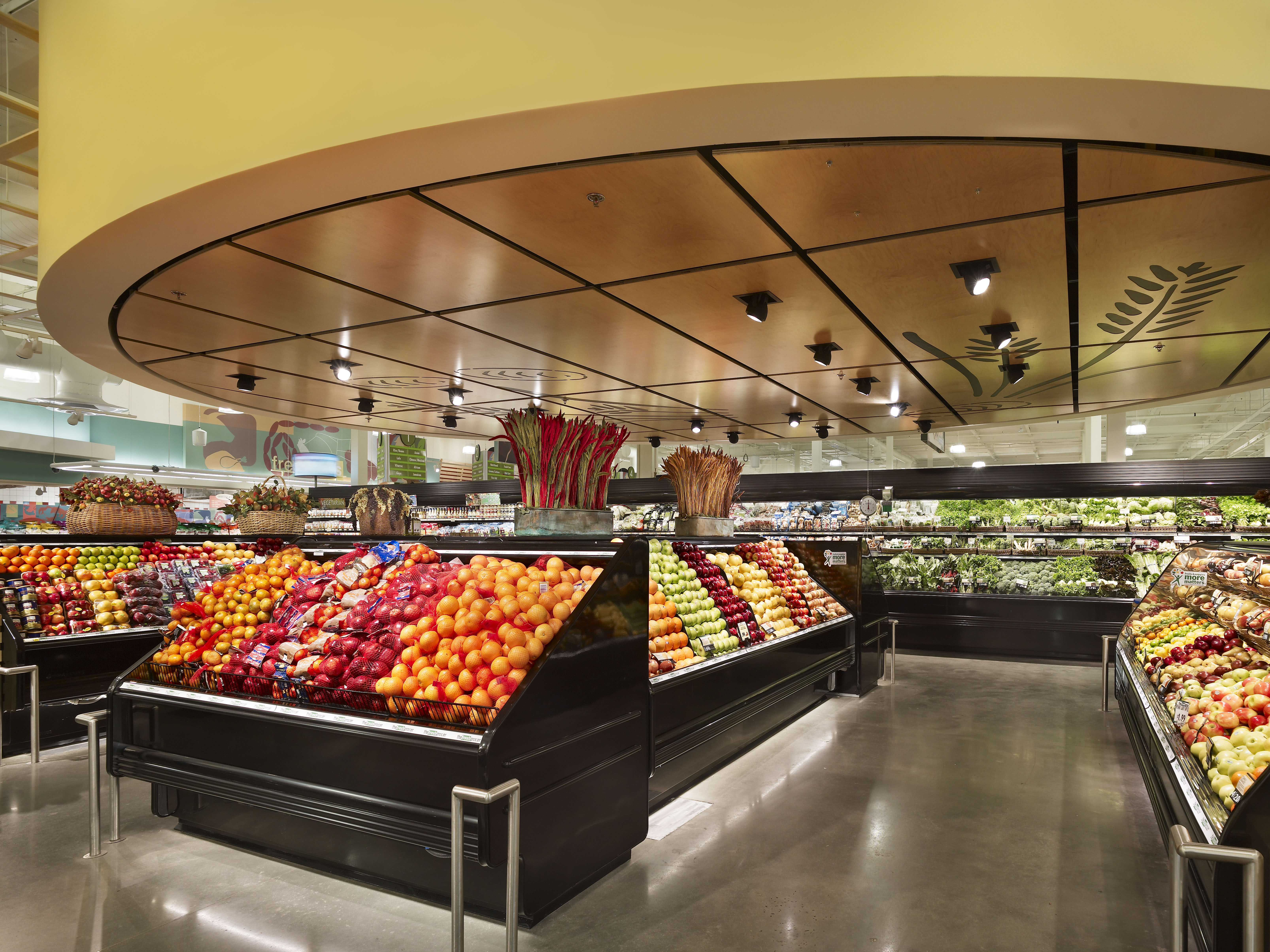 Finding a supermarket for the $105 million project was a key goal, given the growing awareness of food’s role in overall health. The store would serve commuters and students from nearby Rutgers University, as well as inner-city residents who’ve been without a full-service supermarket for more than 20 years.

“There’s real potential here, with interaction between commuters, food and health,” Pat Burns told me during a phone chat the other day. Burns is president and CEO of The Fresh Grocer, the seven-store independent that was chosen to open on the ground floor of Wellness Plaza.

“We thought it was right up our alley, right where The Fresh Grocer’s mission is,” he says.

Burns co-founded the chain in 1996, but he found his true calling in 2001, when the retailer opened its first inner-city store in Philadelphia under The Fresh Grocer banner. Since then, four more units have been built there, as well as in Drexel Hill, Pa. and Wilmington, Del. The 50,000-square-foot New Brunswick store will mark the chain’s entry into New Jersey.

“We’re not just supermarket operators that sell food in cities. We also have a real community interest, and the more we interact with people, the more loyal they’ll be to us,” notes Burns. “It’s really a partnership between our customers and ourselves.”

The urban commitment puts The Fresh Grocer far ahead of the pack of larger operators that have rediscovered the potential of the nation’s long-neglected cities. Chains like Wal-Mart are shrinking footprints to gain access to urban residents; even Whole Foods Market has committed to building smaller stores in order to enter secondary and tertiary markets.

When they get to this area, they’ll find The Fresh Grocer already there.

“We’ve been doing this since the mid-90’s, going into urban markets where no one else would go,” says Burns. “A lot of these markets didn’t have the access to healthy, nutritious foods.”

As part of its commitment, The Fresh Grocer has promised the Partnership for a Healthier America to build five stores in food deserts. The New Brunswick store is the second unit, with a third already sited in Camden, N.J. All stores, however, strive to make healthful foods available and affordable. For example, The Fresh Grocer makes healthy kids lunches basically at cost. Salad bars are half-price between 5pm and 8pm for kids under 13 to encourage healthy eating.

Similar benefits will greet grown-ups using the newly refurbished rail center. Besides the store, The Fresh Grocer will operate a café and smoothie bar outside the fitness center, while offering classes, tours and related educational sessions during all hours.

Talk about a commuter special.